The Principal Internship How Can We Get It Right? 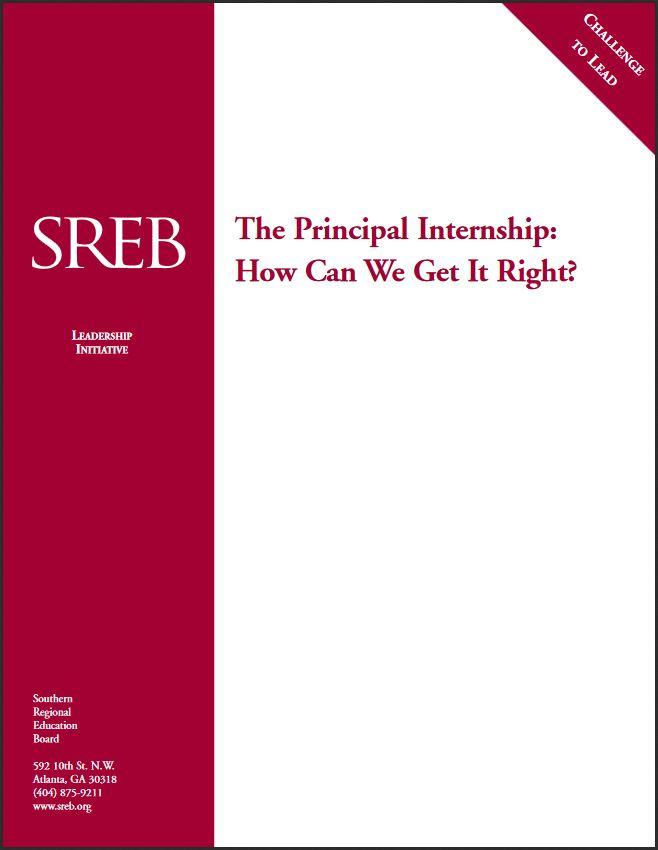 This report presents the results of SREB’s survey to measure the quality of internships provided to aspiring principals in university leadership programs in the Southern states. The survey probed the extent to which principal interns are required to observe, participate in and lead activities that focus on improving curriculum, instruction and student achievement.

On April 28, the Florida House of Representatives adjourned sine die, three days ahead of the expected conclusion of the 2015 regular session.

On April 23, the Tennessee General Assembly adjourned after approving a $13.8 billion 2015-16 general fund budget, up 1.2 percent over the original 2014-15 budget. General funds to K-12 education will increase 1.5 percent to $4.5 billion, including $4.2 billion for the Basic Education Program (up 1.6 percent). The budget provides almost $100 million for teacher salary increases; actual salary increase amounts will be determined at the school district level. General funds for higher education are up 2.5 percent to $1.6 billion.

Education legislation passed during the session includes: House Bill 1035, which requires the state board of education to implement an expanded review of the Common Core State Standards and to adopt any changes or new standards by the 2017-18 school year; and Senate Bill 27, the Individualized Education Act, which permits a qualifying student with disabilities to apply per-pupil state and local funds to obtaining a nonpublic school education.

Education legislation passed during the session includes Senate Bill 20, which allows the state Board of Education (BOE) to certify a teacher who is certified in another state. House Bill 2014 authorizes local school boards to allow eligible school personnel to carry handguns on school property. Senate Bill 711 requires school administrators to notify the BOE when a school dismisses a teacher or a teacher resigns due to accusations of sexual abuse or exploitation that may result in criminal charges.

On May 5, Governor Markell signed House Bill 56, which prohibits the opening of any new charter schools in Delaware until June 30, 2018 or until the state Board of Education develops a strategic plan for the number of public schools in the state.

Utah educators hope a modest but well-placed boost in funding will strengthen the relationship between public schools and higher education, helping more students enroll and succeed in college.

Tennessee Promise is bringing changes to every corner of the state.