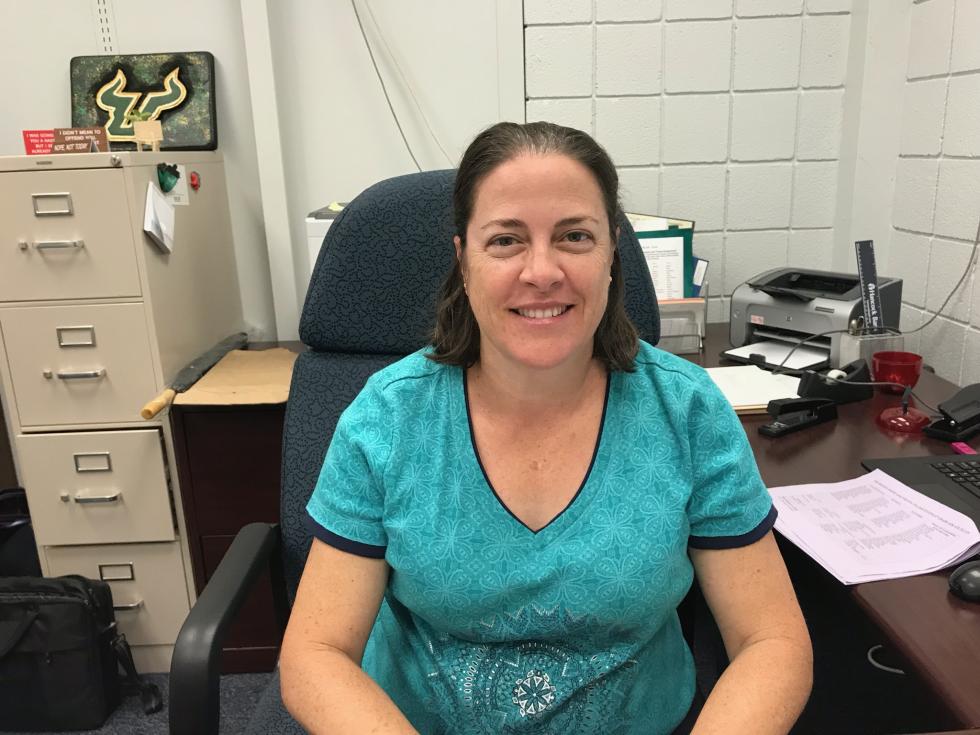 Assistant principals supervise the hallways and the lunchrooms. They observe teachers and coordinate testing. They serve as the first line of response for discipline referrals, guide wayward students with humor and compassion — and do their best to make their principals look good.

It’s a lot, but most assistant principals truly love their jobs and know that what they do is critical to their school’s success.

Michelle Lampert is an assistant principal at Palm Harbor Middle School in Pinellas County Schools in Florida. She is finishing the district’s Level II School Principal Preparation Program to receive Florida certification and be promoted to principal. (SREB has partnered with the district in this program since 2015; I served as her coach in this program).

Lampert gave her teachers a bit of a push, but she also supported them with research and resources. And she did it all while still coordinating the exams and monitoring the lunchroom.

To meet the program requirements, Lampert says, “I knew I had to take a look at myself and see where I needed to improve my instructional leadership.”

In Florida, civics is the only middle grades subject that has an end-of-course test. As the 2017-18 school year began, Lampert was concerned about both proficiency rates and trend lines in how Palm Harbor students were doing on the exam.

Lampert gave her social studies teachers a firm push at the beginning of the year, looking at the data with them and setting a clear expectation that improvement was necessary. She did her homework ahead of time, using district data to identify the teachers across the district who exceeded her proficiency goal in the previous year. And and she called those teachers to find out what they were doing differently.

She then presented to the civics teachers that the highest-performing instructors in Pinellas were using interactive student notebooks and incorporating end-of-course practice questions on a regular basis, in addition to using the iCivics curriculum provided by the district. She also worked with all of her social studies teachers to incorporate document-based questions in their classes as a way to strengthen both writing and critical thinking skills.

She identified the problem, but then followed up by presenting strategies that were shown to be working in the district.

Lampert was supportive of her civics teachers, approving an off-campus professional learning conference at a hotel down the coast. They came back from that conference with a lot of ideas, especially around better approaches to teaching landmark court cases like Marbury v. Madison, Gideon v. Wainwright, and Brown v. Board of Education.

“PLCs became more of a state of mind versus a time and place.”

She also encouraged them to work together to improve instruction:

“I began to change the expectations within the department when it came to the PLCs (professional learning communities). To start, I have been attending the department meetings and meeting with civics teachers separately on a regular basis. I saw that I was not holding the teachers accountable for their PLC time. Over this last school year, I began to see teachers meeting informally during their lunch. PLCs became more of a state of mind versus a time and place.”

In my last coaching visit to Palm Harbor, Lampert told me about two of her civics teachers who collaborated to create YouTube content to use in their classes. I visited a civics classroom with her and saw students role-playing — acting out the process of passing a bill into law. The class was divided into the House, the Senate, and the president and his cabinet.

In many ways, this may be viewed as a textbook example of what instructional leadership can look like when done well. Lampert gave her teachers a bit of a push, but she also supported them with research and resources.

And she did it all while still coordinating the exams and monitoring the lunchroom. Assistant principals really are the unsung heroes of America’s schools.