Accreditors, government agencies and higher ed organizations developed a nationwide reciprocity agreement to address challenges to states, which are responsible for authorizing education offered to their residents from institutions in other states. The State Authorization Reciprocity Agreements, or SARA:

SARA is overseen by a national council and administered by the four regional higher education compacts, MHEC, NEBHE, SREB and WICHE.

Accreditors, government agencies and higher ed organizations developed a nationwide reciprocity agreement to address challenges to states, which are responsible for authorizing education offered to their residents from institutions in other states. The State Authorization Reciprocity Agreements, or SARA:

SARA is overseen by a national council and administered by the four regional higher education compacts, MHEC, NEBHE, SREB and WICHE.

In 2010, the U.S. Department of Education articulated that each state is responsible for authorizing education offered to its residents from institutions outside the state. This reminder of state law had major implications: institutions of higher education would have to continue expensive and time-consuming processes to request authorizations for each state. And states faced the prospect of requests from thousands of institutions.

SREB’s Electronic Campus already allowed sharing among members in its region. Beginning in 1998, SREB helped states and institutions work together to develop the agreement underpinning the Electronic Campus. This existing reciprocal process for reviewing and approving offerings from other states — the SREB Electronic Regional Reciprocity Agreement, or SECRRA — is a model for the nationwide SARA. SREB will build off its long experience with Electronic Campus reciprocity to help its states with the new nationwide process.

SREB’s Electronic Campus, a regional system for sharing online college courses and programs, has helped lay the groundwork for a national agreement to address new regulatory requirements. SREB was the only one of the nation’s four regional education compacts that had a longstanding, effective reciprocal arrangement in place among member states for online degrees and courses. Since its inception in 1998, SREB’s Electronic Campus gave colleges and universities in the SREB region the opportunity to participate in an electronic marketplace that now includes more than 40,000 online courses, plus 5,300 degree programs. This growth has boosted development of distance education courses and programs and greatly expanded education access to citizens of the region, nation and world.

SREB’s Electronic Campus was a model for states and other educational entities  developing collaborative online programming. In addition, its database structures for courses and programs were widely adopted or used as a building block for the crucial information prospective students need to make academic decisions.

A central and fundamental aspect of the original guiding principles of the EC, established and adopted by SREB member states in 1998, was establishing procedures that would allow colleges and universities to operate freely without additional state approval/authorization in other member states. SREB’s Electronic Regional Reciprocity Agreement (SECRRA) allowed institutions that offer courses and programs that have been reviewed and approved by the institution’s home state, and listed in the EC, to be recognized to deliver online offerings in other SREB states. There were restrictions: the institution had to be a not-for-profit, regionally accredited and chartered in one of the SREB states. SECRRA worked well, and SREB states and institutions were very supportive of the arrangement.

Why a national agreement was needed

As postsecondary education has evolved and distance education has grown rapidly, the role of the state in assuring consumer protection has come under particular scrutiny. The issue: What state is responsible when an institution physically located in one state — the traditional criteria for state oversight — offers education to residents of other states?

To clarify the federal government’s understanding of state responsibilities, in October 2010 the U.S. Department of Education issued regulations indicating that, consistent with existing federal law, states were responsible for all education offered to residents within their state boundaries, regardless of where this education originated. This regulation applied to all types of postsecondary education for which students qualified for federal student assistance, regardless of the sector or level of higher education. While this was consistent with existing law, it was counter to the way in which many states were overseeing education. Few states were overseeing or even aware of the substantial amount of education being provided to residents within their boundaries by institutions from other states.

This clarification of federal expectations had major implications for postsecondary institutions and states. Existing state regulations called for each institution offering education in other states to demonstrate that it had approval to serve students in those other states. With the expansion of distance education (via Internet or telecommunications for example), institutions increasingly served students from other states. While some institutions had sought and received such authorizations, in many cases at substantial expense, most had not.

SREB’s online education leaders believe the federal expectation of a strong state role in authorization is appropriate. However, institutions would incur the costs of securing and maintaining such approvals to operate and the substantial time and effort in securing such authorizations. In some cases, access for students to quality higher education was eliminated if their institution decided not to incur the cost of complying. States also faced substantial new expectations, with the potential of thousands of institutions requesting approval from all states, well exceeding the management capacity of current state authorization agencies.

Several higher education organizations engaged in an effort to develop a national reciprocity agreement to address the challenges of state authorization. The result of this discussion was the Findings, Principals and Recommendations of the State Authorization Reciprocity Agreement (SARA). SARA requires each participating accredited, degree-granting institution to be authorized by its home state and eliminates the need for it to obtain individual approvals in all of the states where they serve students.

SARA can, over time, make state authorization policy and regulatory mechanisms more consistent across the states, regions and the nation.

SARA is built on three partnerships:

Consistent with their collaborative missions to expand educational opportunity within their regions, the four regional higher education interstate compacts are uniquely positioned to assist on this issue. In addition to SREB, the compacts include the Midwestern Higher Education Compact (MHEC), the New England Board of Higher Education (NEBHE) and the Western Interstate Commission for Higher Education (WICHE). SREB believes that states within a region, working together and agreeing on terms of engagement and collaboration, can trust one another to work cooperatively and consistently toward reciprocally accepting each other’s authorization of institutions to operate. Interstate recognition within a region also would extend to cover all participating states regardless of region. Trust becomes a guiding principle for a state authorization reciprocity agreement — and requires confidence that each partner take seriously its responsibilities to authorize only institutions that provide high quality education, whether through traditional campus classroom experiences or through technology-mediated or off-campus based experiences.

SARA establishes reciprocity between willing SREB member states that accept each others’ authorization of accredited institutions to operate in their states to offer educational services beyond state boundaries. Participation in this agreement is entirely voluntary. This agreement is intended to facilitate expanded access to high-quality distance education opportunities for students by improving state policy and operational mechanisms. This agreement applies only to educational services provided by institutions outside of their home state boundaries. It in no way affects the unique processes that states may use to authorize an institution to operate or to exempt an institution from oversight within its own state.

Participation at the institution level is voluntary as well. Institutions that do not wish to subject themselves to the level of oversight consistent with interstate reciprocity may choose either not to provide educational services beyond the boundaries of their state or to seek separate authorization to operate in states in which they wish to offer educational services.

Significant benefits will accrue to institutions, states and students if the current lack of uniformity in the patchwork of state regulation can be improved through sharing common, high-quality and consistently applied processes and standards.

Institutions will reap financial benefits by no longer having to engage in the confusing and duplicative process of seeking approval to operate on an individual, case-by-case basis in each state in which they serve students.

Students will benefit because lower costs for institutions will mean fewer costs passed on to them. Some students are finding their options limited as institutions choose not to serve students in states with onerous authorization requirements. Since regulators will focus their reviews on their home-state institutions, they will have more confidence in the review process and that complaints will be handled and resolved.

In administering the national reciprocity agreements among its member states, SREB will build off the experience in SECRRA to move states to the adoption of SARA. 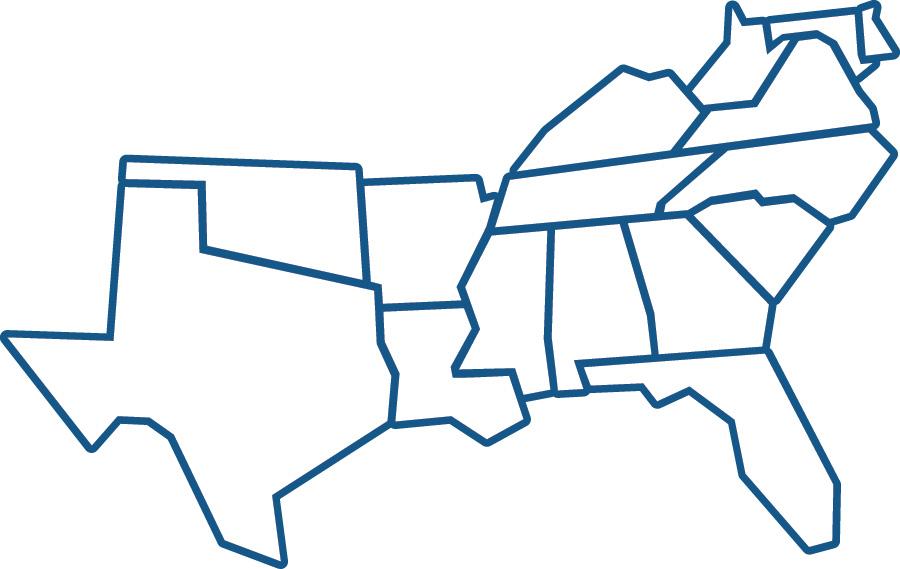 SREB serves as a resource for state portal entities managing SARA in their states. SREB will continue to support them by providing financial assistance to help plan annual statewide SARA meetings for institutions in their states. 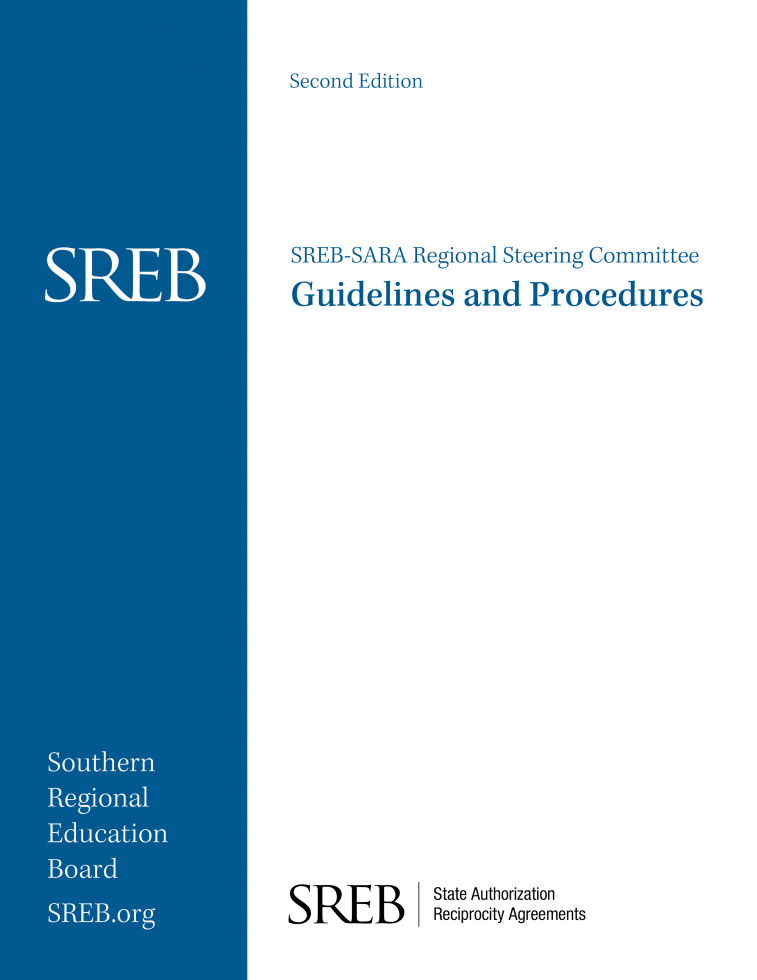 Version 1 of the SREB-SARA Regional Steering Committee Guidelines and Procedures manual is now available. In addition to the NC-SARA manual, this compact-specific publication is a guide for regional steering committee members to enforce state authorization policies, as well as a resource to support state portal entities as they manage and assist SARA institutions with daily state authorization operations.

Colleges and universities in the SREB region save about $30 million annually by participating in SARA, according to estimates in a return-on-investment study by the National Center for Higher Education Management Systems. SARA, the State Authorization Reciprocity Agreement, is a nationwide system to offer more high-quality distance education programs for students and ease regulatory burdens on institutions. SREB compact states may participate to offer distance education activities in other states.

For the purposes of SARA, Pennsylvania, Puerto Rico, Washington, D.C., and the U.S. Virgin Islands affiliate through SREB. 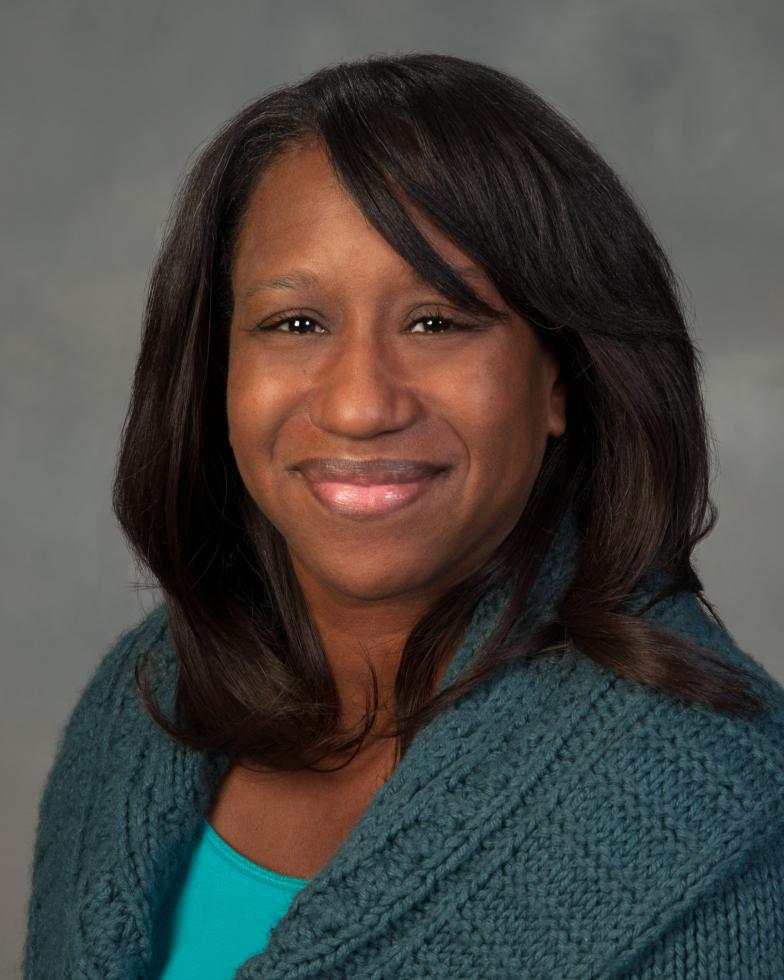 Elisa Jaden facilitates the Academic Common Market, the Regional Contract program, the State Authorization Reciprocity Agreement (SARA) and the Education Technology Cooperative. In this role, she tracks developments in state- and national-level policy related to state authorization, governance, program approval, accreditation, and licensure or related areas; then analyzes the potential impact of those developments and changes to provides intelligence to the regional SARA director, regional compact leaders, and relevant state and institutional authorities and personnel.