SREB developed this profile based on analysis of the Tennessee plan approved by the US ED on August 30, 2017. As of June 11, 2018, Tennessee anticipates making further adjustments to its plan based on state legislation enacted in 2018 and pending further US ED approval.

Read about these expectations below in the profile.

Tennessee established the following framework for differentiating schools, weights for each indicator, and student subgroups.

Framework for differentiating schools in Tennessee

Weights assigned to each indicator in Tennessee 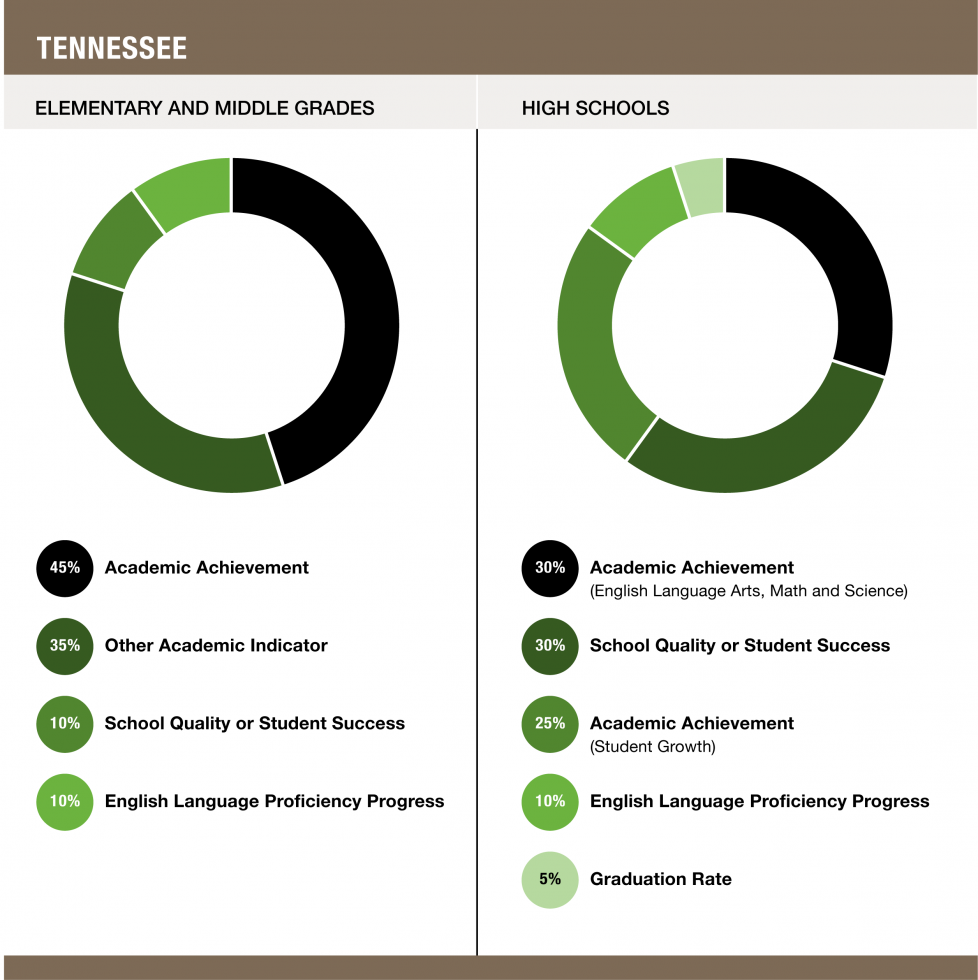 Tennessee established the following identification and exit criteria, and interventions to support schools.