Some new research can be added to that catalog. In April 2017, an interdisciplinary Brookings Institution and Duke Center for Child and Family Policy Pre-Kindergarten Task Force produced a report explaining the current state of scientific knowledge on pre-K participation. The task force’s six-point consensus statement notes that, while pre-K programs are not equally effective, children who attend state and district pre-K programs are generally more ready for school in the areas of literacy, numeracy, social-emotional skills and self-regulatory development.

“The scientific rationale, the uniformly positive evidence of impact on kindergarten readiness, and the nascent body of ongoing inquiry about long-term impacts lead us to conclude that continued implementation of scaled-up pre-k programs is in order as long as the implementation is accompanied by rigorous evaluation of impact.”

Other recent publications also shine new light on the value of early childhood programs. In August 2017, scholars from Texas A&M University and the University of Notre Dame published research showing positive long-term impacts for individuals whose mothers likely attended Head Start as children in the 1960s and 70s. These individuals were less likely to experience teen pregnancy or engage in criminal activities than individuals whose mothers probably did not attend Head Start.They also tended to have higher educational attainment. While previous research focused on Head Start’s effect on participants themselves and often failed to demonstrate significant advantages, these second-generation benefits indicate that programs like Head Start can make long-lasting differences both educationally and socially.

“ The availability of Head Start, at least during the early years of the program, appears to have been quite successful at breaking the cycle of poor outcomes for disadvantaged families.”

In November 2017, scientists from five universities published a meta-analysis  — a study of studies — of 22 evaluations of classroom-based early childhood education programs. Most examined pre-K programs; a few included programs aimed at younger ages. The researchers found that on average, participants in the early childhood programs included in the meta-analysis were 8 percentage points less likely to receive special education services or be retained in grade and 11 percentage points more likely to graduate from high school. 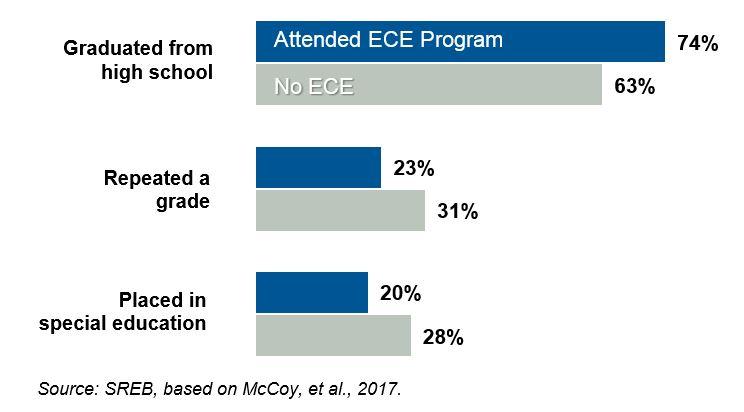 In the most recent study of note, published in December 2017, researchers compared 7th-grade students who had attended pre-K in Tulsa, Oklahoma — which has a universal pre-K program open to all children — and 7th graders who had not attended Tulsa pre-K or Head Start. The study found that Tulsa pre-K alumni had higher math achievement on the state test, were more likely to enroll in honors courses, and were less likely to be retained in grade than similar peers. The impact on retention was particularly large. Students who attended pre-K were 7 percentage points less likely to be held back a grade. Children from low-income households benefited even more — students receiving reduced-price school lunches were 22 percentage points less likely to be retained. English language learners were half as likely to be retained as similar peers if they attended Tulsa pre-K.

Researchers continue to examine the long-term impacts of pre-K participation, and more sophisticated methods and better data may help solidify the consensus that has already emerged: investing in early childhood education plays an important role in preparing young children for success in the early grades and pays off in the long run.

For more details on the four studies summarized here, check out our newest research snapshot on the benefits of pre-K. 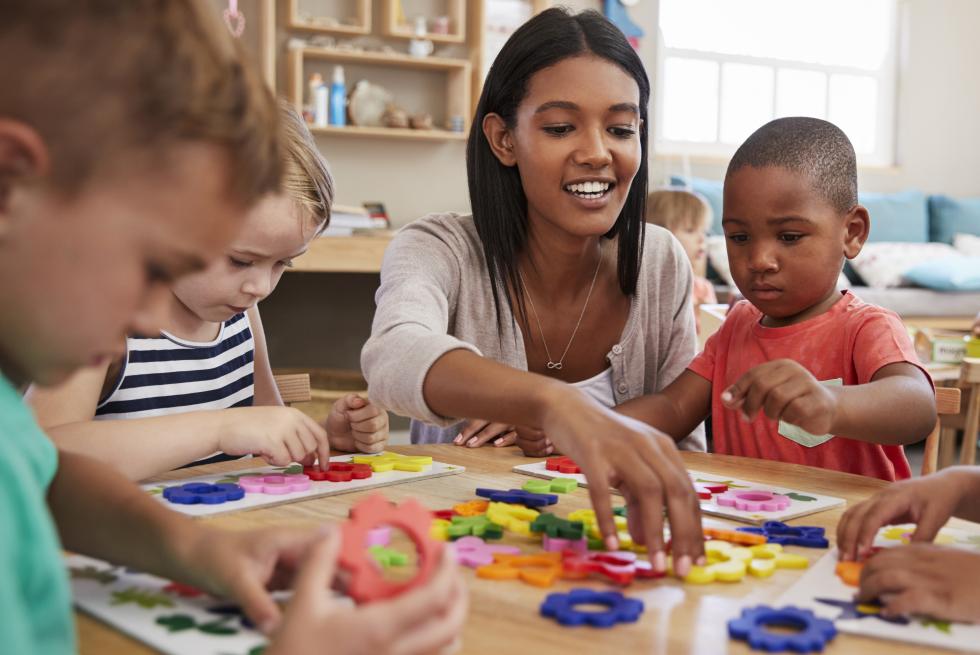 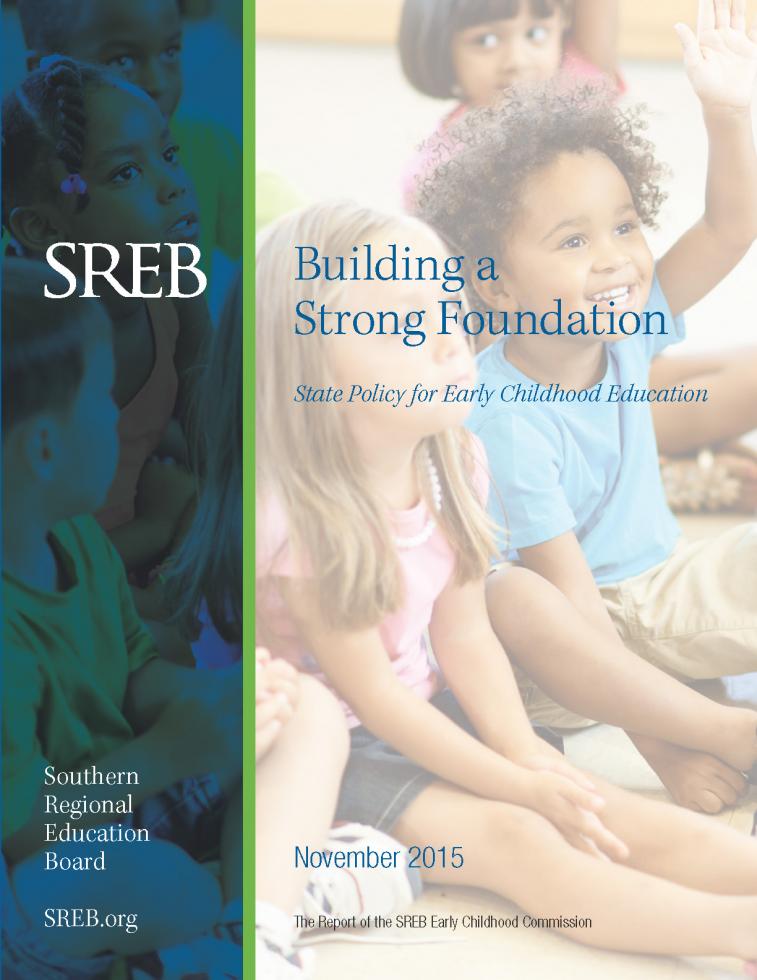 The report of the SREB Early Childhood Commission

The Commission calls for states to raise the quality of early education programs and ensure they are well-coordinated across different agencies and budgets.

The recommendations cover wider access and accountability for results. The report also sheds light on the need for a statewide policy framework to bring together public and private funding currently spread across agencies and budgets.