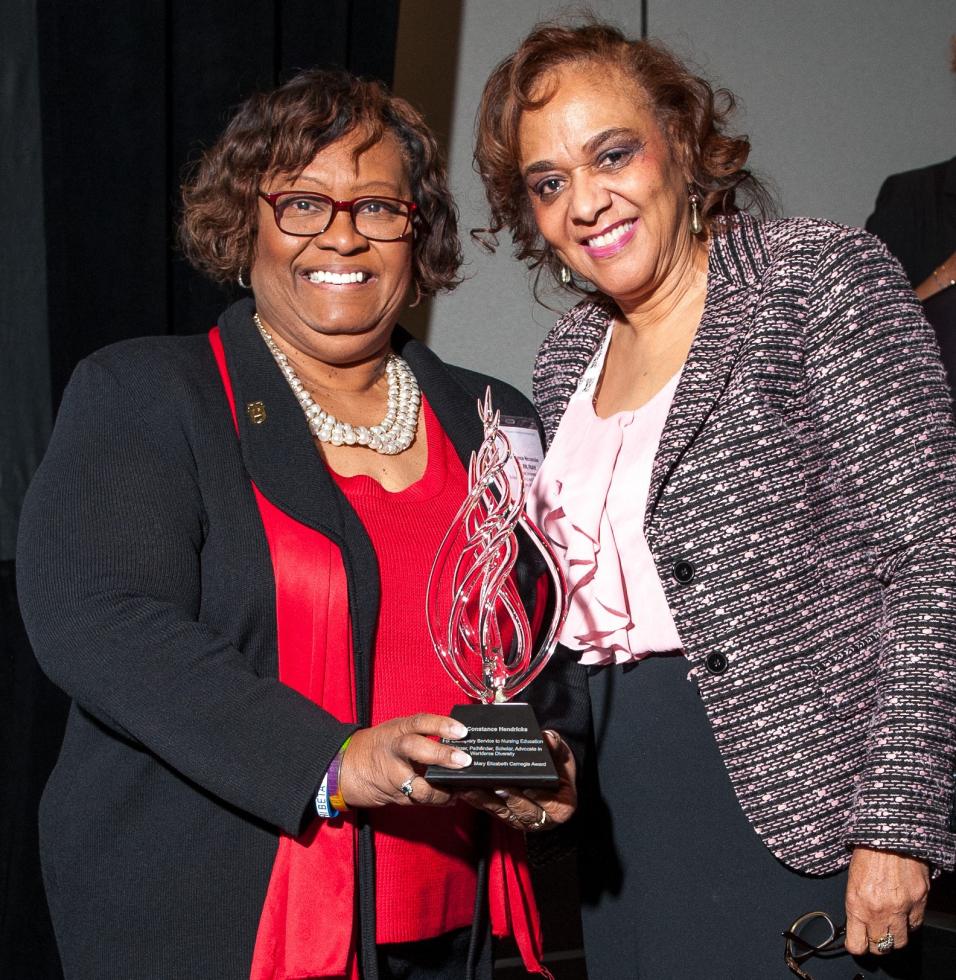 Constance Hendricks, dean of the Tuskegee University School of Nursing & Allied Health, was awarded the Mary Elizabeth Carnegie Award at the SREB Council on Collegiate Education for Nursing annual meeting in November in Atlanta, Georgia.

A Selma, Alabama, native, Hendricks has held leadership positions in nursing education at several institutions, including Concordia College, Hampton University and Kentucky State University, where she facilitated the implementation of the university’s first doctoral program, a doctorate in nursing practice with a focus in gerontology. 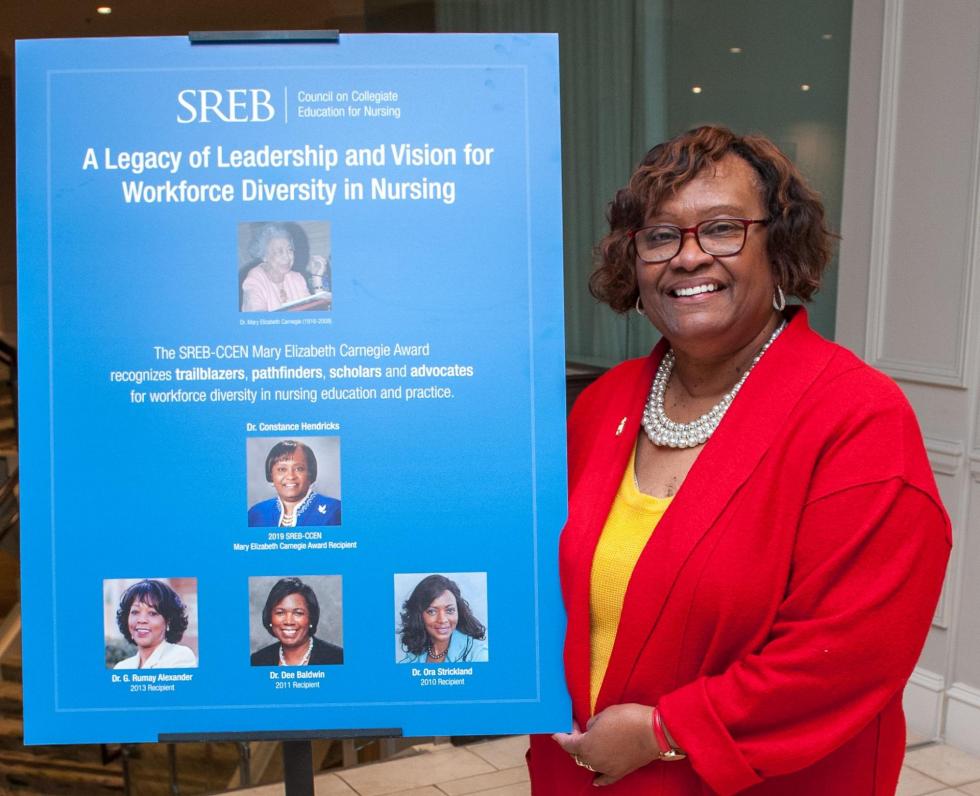 In her acceptance speech, Hendricks spoke of her relationship with the late Carnegie, noting that she was powerful and influential in her approach.

Hendricks also thanked SREB, saying, “It is because of this organization that the schools of nursing in this region have progressed and have moved the trajectory of nursing and nursing scholarship because it was in this organization that deans and directors came together to galvanize and synergize their strengths and learn how to develop their programs and their faculty.”

SREB was “the place where southern regional deans actually demonstrated equity, diversity and inclusion,” Hendricks said. “And yes, they did it with civility, even before we taught the word civility.”

The SREB Council on Collegiate Education for Nursing helps strengthen schools of nursing at colleges and universities to reduce the critical shortage of nurse educators needed to train the nation’s registered nurses.​