SREB developed this profile based on analysis of West Virginia’s plan, approved by the US ED on January 10, 2018.

The Every Student Succeeds Act requires that states establish long-term goals for all students and student groups based on academic achievement, high school graduation and English language proficiency for English learners.

West Virginia established the following framework for differentiating schools, weights for each indicator, and student subgroups.

West Virginia will not assign overall school ratings. West Virginia will identify schools as CSI and TSI as required by ESSA. On an annual basis beginning in 2018-19, for each indicator schools will receive one of four descriptive ratings with an associated color-coding: distinguished/green, accomplished/blue, emerging/yellow or unsatisfactory/red. Schools will also receive a “checkmark” or an “X” to reflect whether they make adequate progress on the academic achievement, graduation rate and English language proficiency indicators.

Weights assigned to each indicator in West Virginia 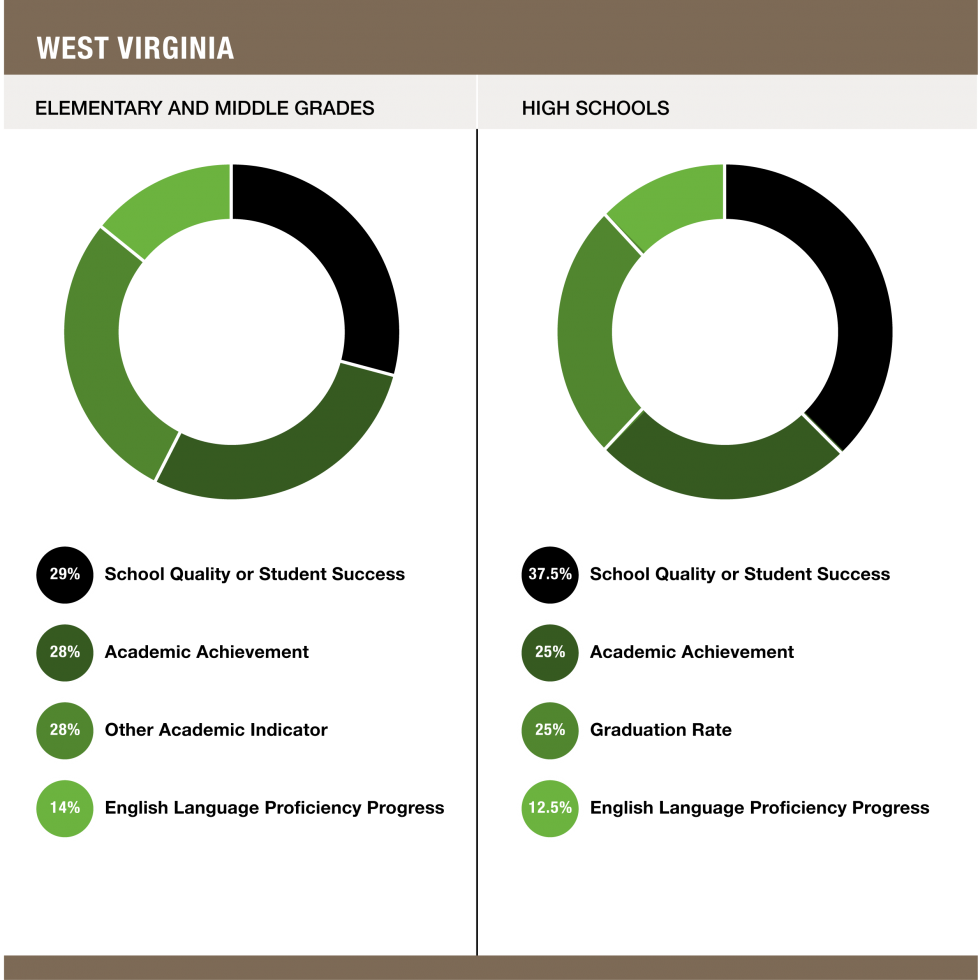