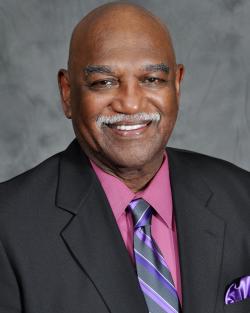 Robert (Bob) Belle joined the Southern Regional Education Board in 2002 as the director for the SREB Alliances for Graduate Education and the Professoriate (AGEP) Doctoral Scholars Program. Prior to joining SREB, he served as the director of the Office of Federal TRIO Programs for the U.S. Department of Education in Washington, DC. While at the department, he also served as the acting deputy secretary of education in the Office of Postsecondary Education. Bob has over 55 years in education, which include teaching across education levels (elementary to collegiate). Additionally, he was an administrator at the collegiate, state and national levels. For more than 45 years, Bob has been in higher education, working on behalf of students who traditionally have been underserved or denied access to higher education. He has counseled and advised hundreds of students throughout his career. Bob earned a bachelor’s in education from the former Glassboro State Teachers College, now Rowan University, a master’s from Seton Hall University and a doctorate from Lehigh University.