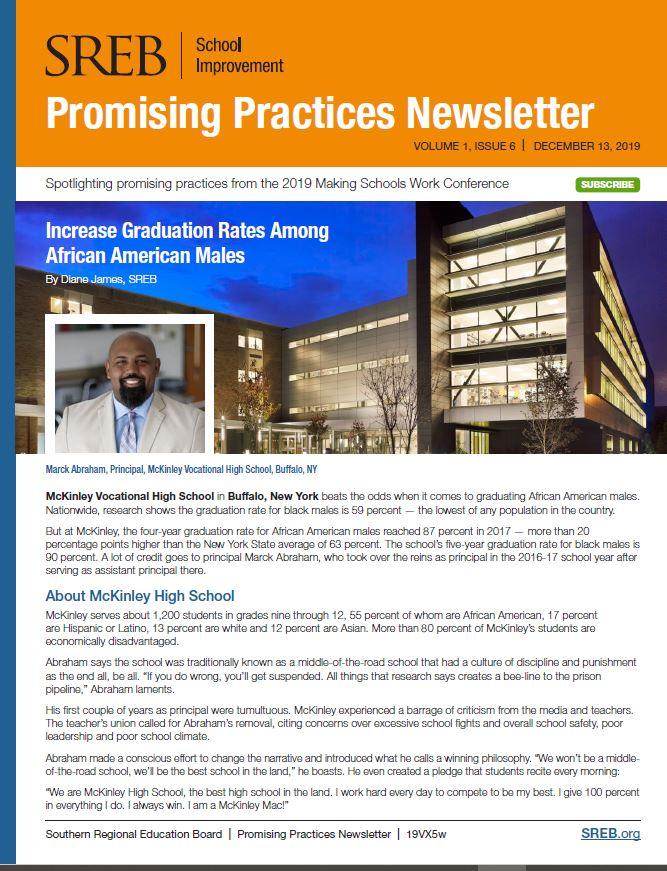 McKinley Vocational High School in Buffalo, New York, beats the odds when it comes to graduating African American males. Nationwide, research shows the graduation rate for black males is 59 percent — the lowest of any population in the country.

But at McKinley, the four-year graduation rate for African American males reached 87 percent in 2017 — more than 20 percentage points higher than the New York State average of 63 percent. The school’s five-year graduation rate for black males is 90 percent. A lot of credit goes to principal Marck Abraham, who took over the reins as principal in the 2016-17 school year after serving as assistant principal there.

McKinley serves about 1,200 students in grades nine through 12, 55 percent of whom are African American, 17 percent are Hispanic or Latino, 13 percent are white and 12 percent are Asian. More than 80 percent of McKinley’s students are economically disadvantaged.

Abraham says the school was traditionally known as a middle-of-the-road school that had a culture of discipline and punishment as the end all, be all. “If you do wrong, you’ll get suspended. All things that research says creates a bee-line to the prison pipeline,” Abraham laments. 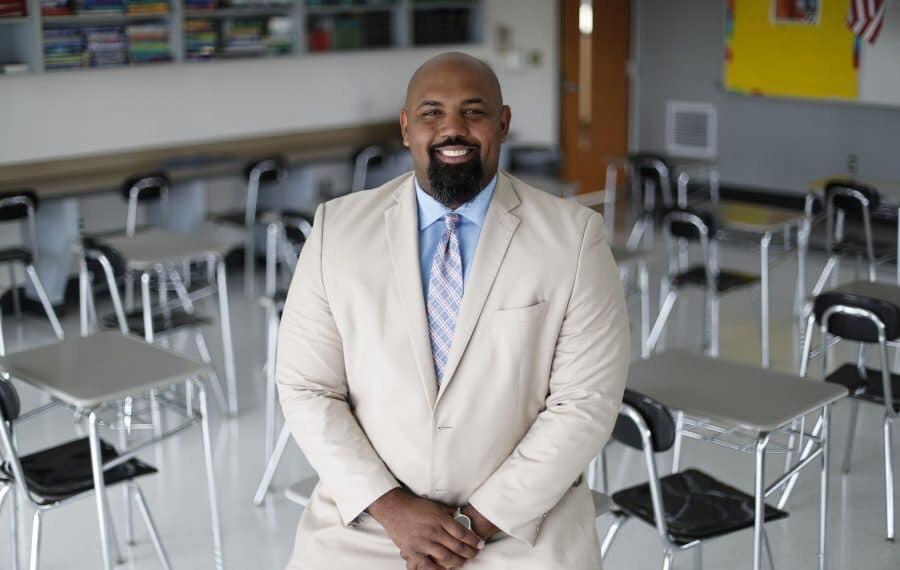 His first couple of years as principal were tumultuous. McKinley experienced a barrage of criticism from the media and teachers.The teacher’s union called for Abraham’s removal, citing concerns over excessive school fights and overall school safety, poor leadership and poor school climate.

Abraham made a conscious effort to change the narrative and introduced what he calls a winning philosophy. “We won’t be a middle of-the-road school, we’ll be the best school in the land,” he boasts. He even created a pledge that students recite every morning:

“We are McKinley High School, the best high school in the land. I work hard every day to compete to be my best. I give 100 percent in everything I do. I always win. I am a McKinley Mac!”

McKinley eventually overcame intense scrutiny. Under Abraham’s leadership, the New York Department of Education named McKinley a “model school” and sent researchers to study how the school achieved success graduating African American males at a higher rate than the state.

Abraham offers suggestions on how to close the graduation gap.

Steps to Close the Graduation Gap

“When you try to make change in a school that’s been low achieving for a long time, your “why” has to sustain you through adversity,” says Abraham. His “why” goes back to childhood. Abraham grew up in poverty, witnessed his stepdad beat his mom, and endured his stepdad calling him stupid and a teacher once telling him that his brain was smaller than a gnat.

Still, Abraham went to college. Despite having a 1.4 GPA the first year, he went on to earn a bachelor’s, two master’s degrees and a doctorate. Two of his best friends weren’t as fortunate. Both had multiple suspensions in school, ended up in jail and were killed by age 25.

Abraham says what drives him is that he doesn’t want to see young boys getting killed. “If black males don’t have a high school diploma, they end up dead or in jail, statistically,” says Abraham. He realizes many students face the same challenges that he did growing up. It inspires him to not give up on students, but to give back.