Reflecting on 25 years of the Institute on Teaching and Mentoring

As one of only three people who have attended every Institute on Teaching and Mentoring, Dr. Robert (Bob) Belle, the longtime associate director of the SREB-State Doctoral Scholars Program, reflects on the Institute’s growth and importance, marking the 25th year of the conference. 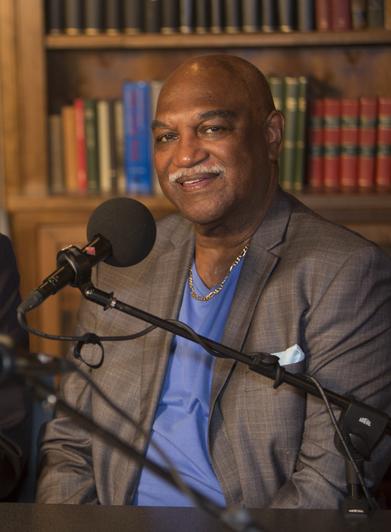 I’ve been involved with the Institute since the beginning. In 1992, the Southern Regional Education Board, the New England Board of Higher Education, and the Western Interstate Commission for Higher Education (WICHE) began an initiative to increase the number of African Americans, Native Americans, and Hispanic faculty.

Around that time, SREB in Atlanta was preparing to start a regional fellowship program based on the successful Florida McKnight Doctoral Program, a graduate fellowship for African-American Ph.D. scholars aspiring to become college faculty. This program was start by Dr. “Ike” Tribble. That same year, I was an assistant dean at the University of Central Florida in Orlando and left to join the State Council of Higher Education for Virginia. The Council had recognized my work with Dr. Tribble and wanted me to help implement SREB’s program in Virginia.

Dr. Ansley Abraham of SREB and I then began to work together to develop a program for the SREB region. In 1993, Dr. Dwayne Matthews (another Institute founder, originally with WICHE and later the Lumina Foundation), Ansley and I escorted for the first 12 SREB scholars to Tampa for the McKnight scholars’ annual meeting. At that meting, we observed scores of minority Ph.D. scholars in all academic disciplines. Their excitement and confidence were contagious. We envisioned that SREB could have an even on a national level.

Some 25 years later, the Institute has become the nation’s largest gathering of minority Ph.D. scholars seeking faculty careers. Institute attendance has increased from 107 in the first year to more than 1,000. It’s remarkable to see hundreds of scholars of color in one place. I feel so privileged to be one of only three people who have attended all Institutes.

Even with the success of the Institute, our nation’s share of underrepresented full-time faculty has grown from 6.8 percent to only 10.5 percent in the past 27 years. We have many miles to go on this “march to faculty diversity.”