Graduation rates are up again in states across the nation – and SREB states lead the pack once again in data released this week by the United States Department of Education. 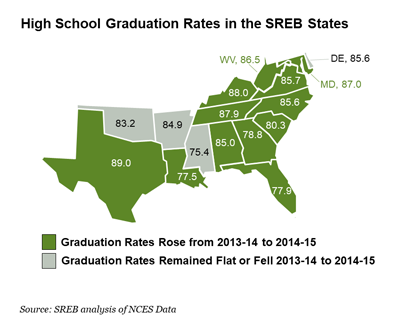 Graduation rates climbed in 11 of the 16 SREB states between the 2013-14 and 2014-15 school years. Ten SREB states tied or exceeded the national rate. Three of the SREB states were on the list of top 10 states: Kentucky, Tennessee and Texas.

The SREB median graduate rate was 85 percent, compared to the U.S. average of 83 percent, for 2014-15. The high school graduation rate for the SREB region as a whole has topped the national average for the last five years.

Why do so many SREB states outperform the national average on this measure?

SREB states have been working on this for a long time – over two decades. Our Challenge to Lead Goals called for states to improve graduation rates and lead the nation back in 2002.

Growth in high school graduation rates since 2002 has been dramatic. Our states should be proud of their efforts. We are! 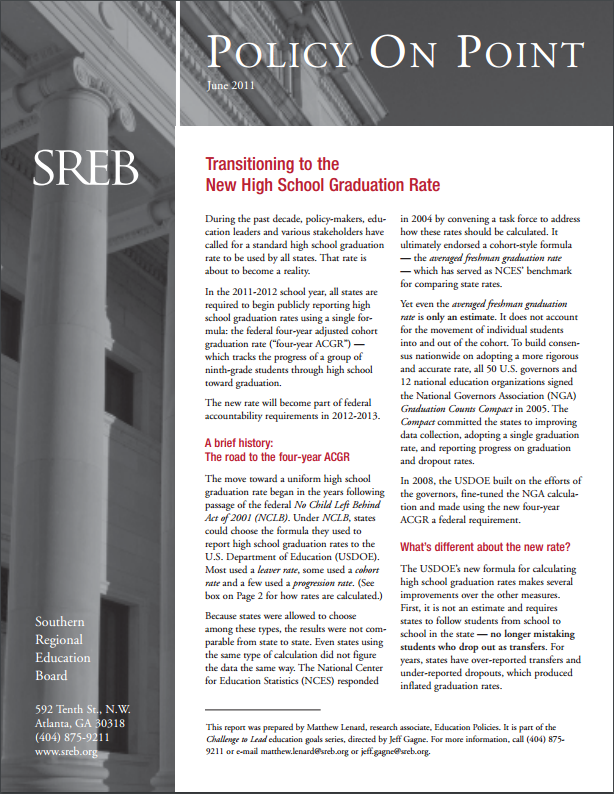 For nearly a decade, states have had flexibility in collecting and reporting graduation rate data for state and federal accountability purposes. But in 2008, the U.S. Department of Education issued new guidelines that require all states to report a new rate – the four-year adjusted cohort graduation rate - beginning in the 2011-2012 school year.