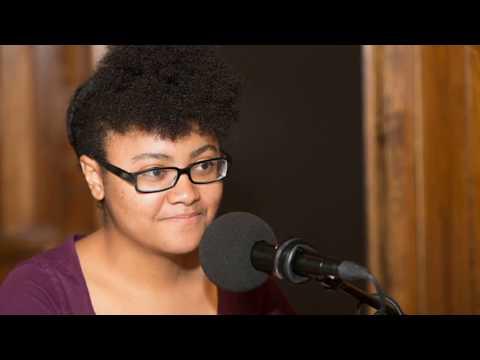 In summer 2016, six pairs of SREB Doctoral Scholars entered the StoryCorps Atlanta booth to talk about their experiences as minority Ph.D. scholars and graduates in higher education. One pair discussed their struggles with isolationism and impostor syndrome; another spoke of the impact their research has had on their development not just as students, but as individuals who care deeply about the people they are serving. Nanette, a DSP graduate, sat down with her daughter Alyssa to share their experiences with mentorship. Dr. Napier is now an associate professor of Management Information Systems and Decision Sciences, and her daughter is a recent graduate of the Massachusetts Institute of Technology in Cambridge Massachusetts. Both shared the challenges of finding valuable mentorship relationships at their respective institutions.

Dr. Napier’s experience at a Metro Atlanta HBCU and at a northern technology predominately white institution shaped her beliefs about mentorship. The former was welcoming, with small classes and access to internship opportunities. The latter was an isolating environment where Napier felt unable to connect with professors. She was one of two African-American women in computer engineering and was once mistaken for an African-American administrative assistant. Both experiences had a profound impact on Napier. Currently, as an associate professor of management information systems at Georgia Gwinnett College, she has developed STEM-based mentoring and instructional programs. During the session, Napier discussed the importance of establishing programs that help minority and first-generation college students to succeed.

Alyssa, her daughter, could relate. She had just graduated from a chemistry program at a northern technology PWI and felt that professors were not concerned about holistic student development. As a result, Alyssa felt the need to seek out faculty who looked past her academic achievements to see her as a person instead of a number. There were no African-American women in chemistry, so she reached outside of her program to find mentors. One was the director of the Black Women’s Alliance, with whom she formed a deep mentorship relationship. However, the damage had been done — Alyssa’s experience turned her away from chemistry and a career in STEM. She now aspires to a Ph.D. in education and to one day become Secretary of Education, making a very direct impact on students. The bright side is that Alyssa discovered a passion she did not know she had; this story, though, is a common one for minority women who pursue degrees in STEM.

There is still another inspiration to be found in this story. The above video highlights a pivotal moment in Nanette and Alyssa’s conversation. As the session is about to end, and Nanette prepares to wrap up, Alyssa has one more thing to address about her mother and her impact on her life.