Michael McGlue, professor of stratigraphy and director of graduate studies at the University of Kentucky, was awarded one of three national Faculty Mentor of the Year awards at the annual Institute on Teaching and Mentoring in October in Atlanta. The Institute is the nation’s largest annual gathering of underrepresented Ph.D. students and college faculty members of color. 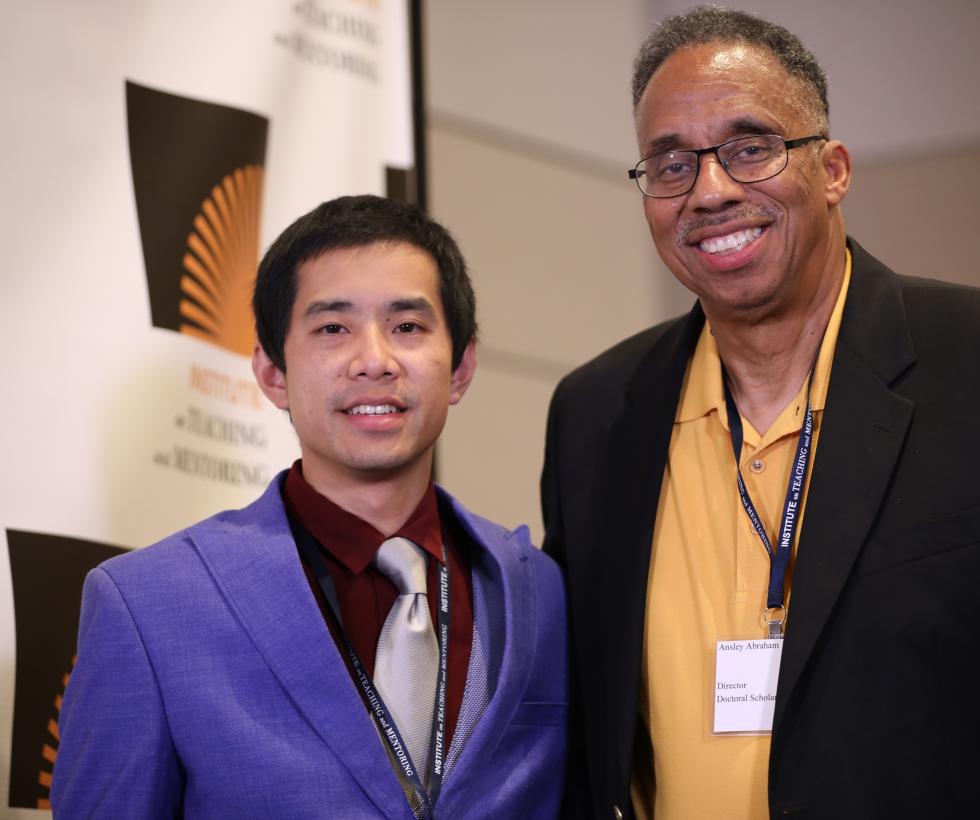 McGlue was nominated by doctoral student Edward Lo, who says he was supported both “professionally and personally” by McGlue, whose philosophy is “not to micromanage you, but to allow you to find your own way.” This “humanized the entire graduate school process for me,” says Lo. “He believed in me when I no longer believed in myself.”

To address the nation’s continuing shortage of African-American, Hispanic and Native American faculty, the SREB-State Doctoral Scholars Program hosts the annual Institute on Teaching and Mentoring, a collaboration of programs across the country that support minority Ph.D. students.

The Institute on Teaching and Mentoring is the largest gathering of minority doctoral scholars in the country. Now in its 29th year, the Institute gives the issue of faculty diversity a national focus and provides minority scholars with the strategies necessary to survive the rigors of graduate school, earn the doctoral degree and succeed as members of the professorate.