SREB developed this profile based on analysis of Arkansas’s plan approved by the US ED on January 16, 2018.

Arkansas established the following framework for differentiating schools, weights for each indicator, and student subgroups.

Framework for differentiating schools in Arkansas

Weights assigned to each indicator in Arkansas 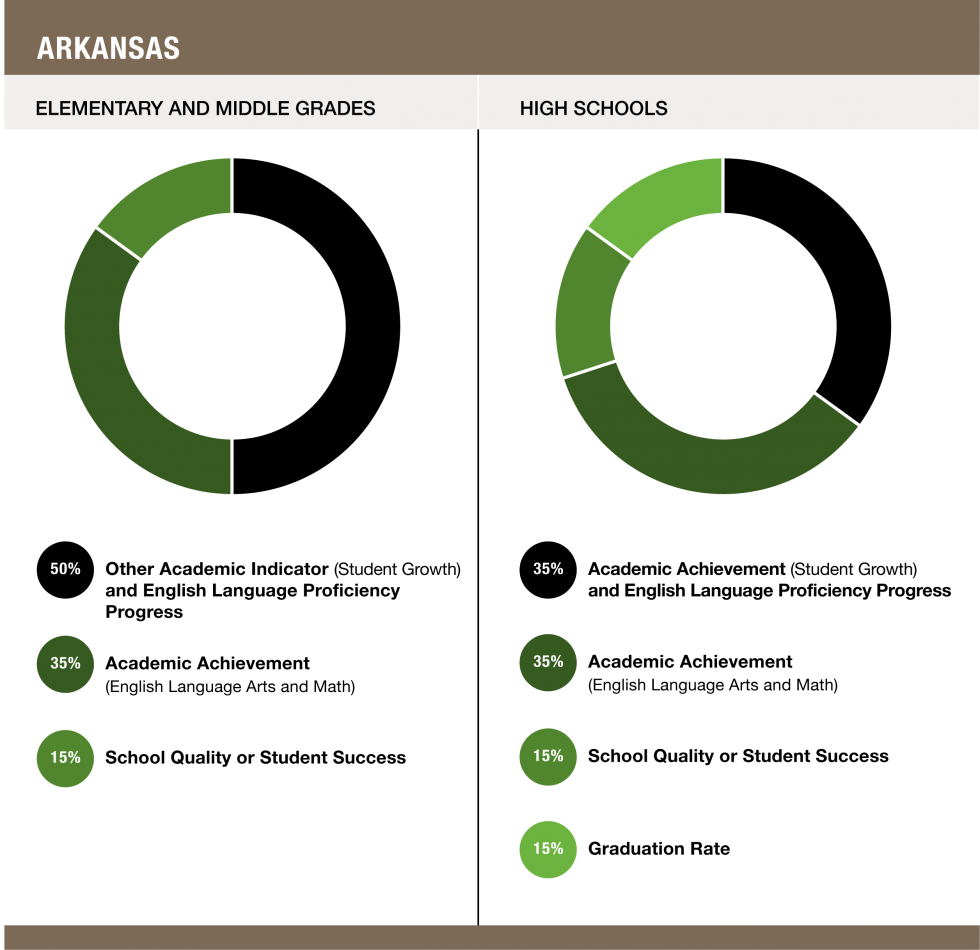 Note. The English language proficiency progress indicator is combined with the other academic indicator (student growth) at the elementary and middle levels, and with the academic achievement (student growth) indicator at the high school level, and is weighted proportional to the number of English learners assessed on English language proficiency in a school. At the high school level, the four-year graduation rate is weighted at 10 percent, and the five-year rate is weighted at 5 percent.

The Every Student Succeeds Act requires that states establish a methodology for identifying low-performing schools. States must identify two categories of schools at least once every three years: those that need Comprehensive Support and Improvement (CSI) and those that need Targeted Support and Improvement (TSI). States may also establish other categories of schools, for example those not in need of improvement.

Arkansas established the following identification and exit criteria, and interventions to support schools.