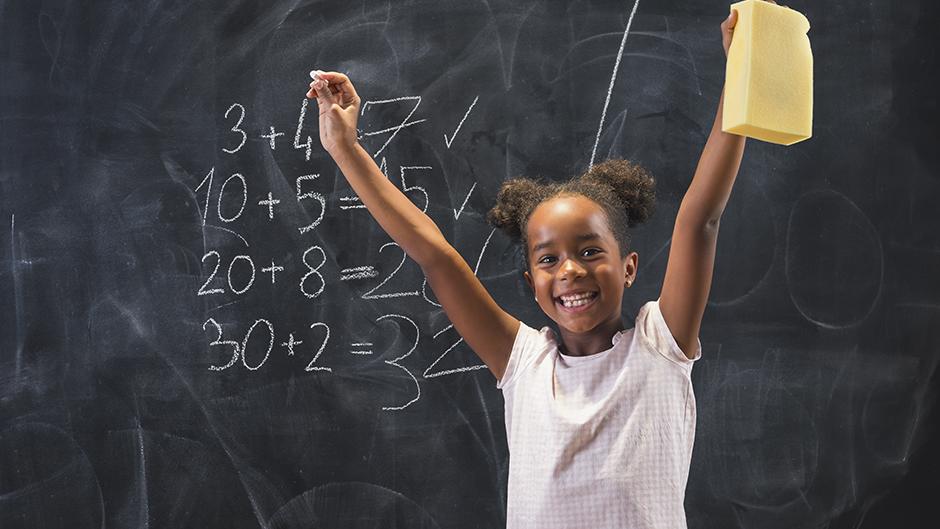 Elementary school is a time when students get excited about learning new things, and it’s also the best time to lay the foundations for future learning, especially in mathematics. But many young students have misconceptions about what math really is.

Students often think of math as numbers, calculations and operations; they see it as difficult and with little application to the real world. Many feel they need to rely on rote memorization to solve problems. But “all those things they say math is are just computations,” says Jason Adair, SREB’s program director for literacy and mathematics.

Math is about “complex problem solving, critical thinking, cognitive flexibility… those are the things we want our students to have; not just the ability to memorize formulas, numbers and algorithms,” notes Adair. To acquire these skills, students need to begin developing number sense in the elementary grades.

Number sense is a student’s ability to understand, relate and connect numbers. It involves several skills that are key to mastering math, becoming college and career ready, and securing careers as the scientists, inventors or mathematicians of the future.

Adair and Sarah Inman, a former SREB instructional coach, outline five components of number sense that form the foundation of the elementary grades: Quantity and magnitude, numeration, equality, base 10 and the form of a number.

To be successful in school, students need to do so much more than memorize facts. “We’re really seeking creativity and communication to happen in the math classroom,” insists Inman. When students have number sense, teachers see an “overall improvement in students’ confidence and their ability to do mathematics, instead of just being afraid of not being able to hammer out an answer really quickly,” she says. Adair emphasizes, “we want to transform kids from answer getters to thinkers.”

Student success with number sense often hinges on their math teacher’s understanding and implementation of good questions, problem-solving techniques and flexibility. They may need professional development support to learn how to develop number sense in students.

This article was featured in the February 2022 issue of SREB School Improvement’s Promising Practices Newsletter.