SREB developed this profile based on analysis of the Louisiana plan approved by the US ED on August 15, 2017.

Louisiana established the following framework for differentiating schools, weights for each indicator, and student subgroups.

Framework for differentiating schools in Louisiana

On an annual basis, schools will receive a weighted index score for each indicator, and one overall summative letter grade, A through F, based on a scale of 0 to 150. Between 2017-18 and 2024-25, Louisiana will raise the expectation for how many points schools must earn to receive a letter grade of “A,” “B” or “C.”

Weights assigned to each indicator in Louisiana 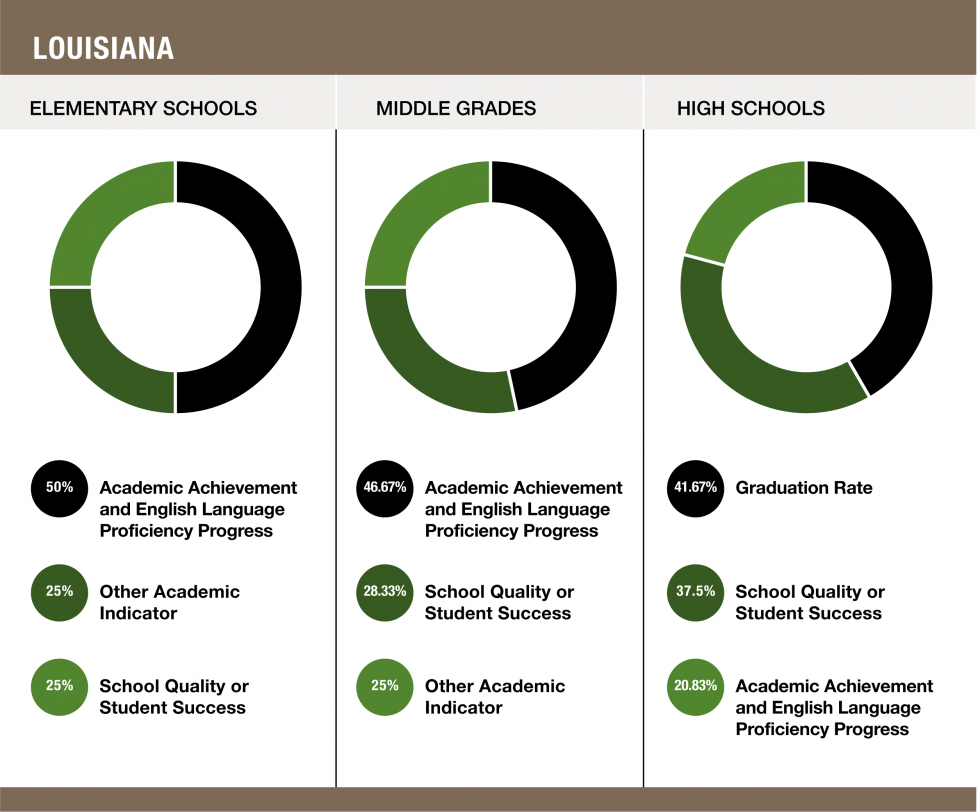 Note. The English language proficiency progress indicator is combined with the academic achievement indicator, and is weighted equally to the academic assessments for each English learner.

Louisiana established the following identification and exit criteria, and interventions to support schools.