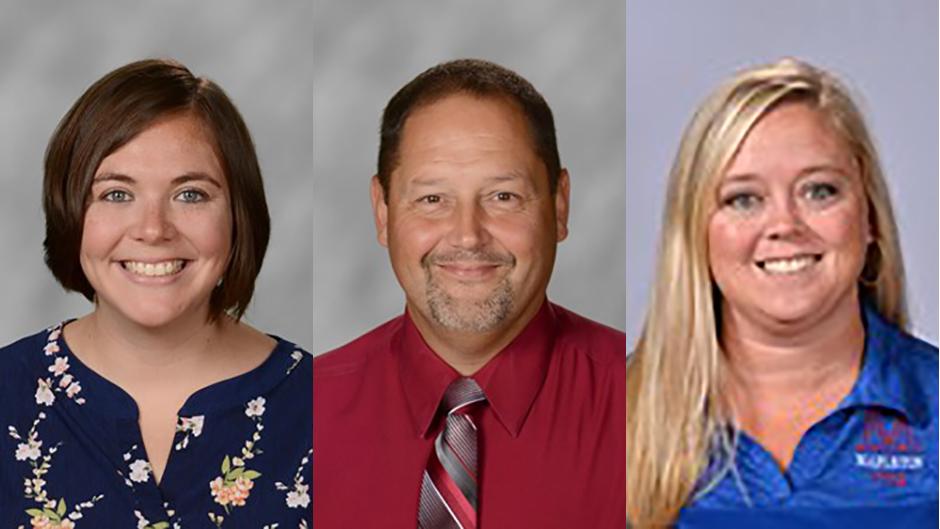 For many educators, that concept is a jaw-dropper; a true non-starter. But for the administration at Mapleton Middle School in Ashland, Ohio, it’s an opportunity. Principal Skip Fulton sees eliminating letter grades as a paradigm shift that can lead to increased student learning and achievement.

In the 2018-19 school year, the school began a three-year process that led to schoolwide implementation of standards-based grading. “Our biggest goal was to change the conversation about grading. We can’t do that if we’re still thinking about an A, B, C world, so we went whole hog and threw it out the window,” says Fulton.

What Is Standards-Based Grading?

Standards-Based Grading (also known as standards-based assessment) is a system of assessing what students know and can do based on their mastery of content standards instead of traditional grading methods based on the percentage of work students complete. With standards-based grading, students who master standards quickly can move on to more challenging concepts, while students who need more support receive personalized interventions and reteaching.

Mapleton Middle School’s handbook further clarifies that standards-based grading rests on the idea that learning expectations are clearly defined, students have multiple opportunities to demonstrate their learning, and academic achievement is reported separately from non-academic accomplishments such as class participation and extra credit.

One driving force behind Mapleton Middle School’s shift from traditional grading to standards-based grading was a desire to increase rigor and improve college readiness. Another, more important force was the obvious “difference between grades in what our state report card said and what our classroom grades said,” notes Fulton. Although classroom grades were good, students’ state test scores didn’t match the same level of proficiency.

Mapleton Middle also embraced standards-based grading to remove grade inflation, encourage students to own their learning, foster a growth mindset and give teachers a clearer picture of students’ strengths and deficiencies.

Swanson notes that the first steps of the school’s adoption of standards-based grading involved observing a standards-based classroom at a nearby school to see how it works. The pilot team talked to teachers and students and did their own research, including reading Rethinking Grading by Cathy Vatterott, a book they highly recommend.

Pilot staff then began “deconstructing our standards,” says Swanson, to determine what they wanted students to know. They used state assessment data to determine which standards needed the greatest emphasis in classroom instruction.

“In the very first year, we started experimenting with our grade book and cutting out the fluff,” says Swanson. Teachers didn’t give grades for extra credit or practice homework, but students knew that completing such assignments is important to mastering the standard connected to it.

Despite disruptions caused by the pandemic, the process for planning whole-staff collaboration and professional development around standards-based grading began in the 2019-20 school year. Hennessy says this included working with various departments to establish learning levels for each standard, determining the progression for what students should know and be able to do in terms of skills, and then developing assessments for the most critical standards.

Considerable time was spent formatting the report card and learning management system. Teams collaborated weekly in department meetings. “If you don’t have those conversations as a whole staff, as small groups and as individuals, you’re not going to get anywhere,” insists Fulton.

During the summer before the 2020-21 school year, Mapleton’s staff spent time looking at the standards and creating a rubric around them, using a learning progression on a scale of 1 to 3.

Fulton says the school decided on a 3-2-1 system because “If a student meets the standard set by the state, then why have a level that’s higher? Why have a higher level that some kids might not be able to achieve?”

In the 2020-21 school year, only students in the core subject areas of ELA, math, science and social studies had standards attached to them. Electives and special courses did not. Core subject students received an overall performance level of 3, 2 or 1.

In 2021-22, all courses will have standards attached to them and the 3-2-1 progression system will change to M = met the standard; AP = approaching the standard; DK = developing knowledge of the standard, and NE = no evidence.

Students are assessed for each standard throughout the nine-week period. Because reassessments are a vital component of standards-based grading, each student who does not achieve level 3 mastery is required to reassess after completing remediation activities. Students have multiple opportunities to retest and master standards and are not penalized for needing extra time. No reassessments are done in the last week of a grading period.

Standards-based grading is still new at Mapleton Middle, but overall, students are beginning to appreciate the learning process rather than just earning a grade, and teachers have begun to see a “shift in mindset happening with students,” says Hennessy. Students take greater ownership of their learning. Students with an Individualized Educational Plan feel encouraged when “they’re getting a 1 instead of a zero,” says Hennessy. On the other end of the spectrum, gifted and advanced students may demonstrate mastery and move on to more challenging work.