SREB developed this profile based on analysis of the Oklahoma plan approved by the US ED on July 2, 2018.

Read about these expectations below in the profile.

The Every Student Succeeds Act specifies a set of indicators states must use to assess school performance. Indicators for all schools must include academic achievement as measured by proficiency on annual state assessments of English language arts and math in grades three through eight and once in high school. States must require 95 percent of students to participate in these assessments and factor this requirement into the school accountability system. States must also include two more indicators for all schools – English language proficiency for English learners and an indicator of school quality or student success, such as school climate and safety, student engagement and college readiness. For elementary and middle grades schools, states must include an additional academic indicator of their choice, such as student growth on state assessments. For high schools, states must also include an indicator of four-year cohort graduation rate.

Oklahoma established the following framework for differentiating schools, weights for each indicator, and student subgroups.

Framework for differentiating schools in Oklahoma

Weights assigned to each indicator in Oklahoma 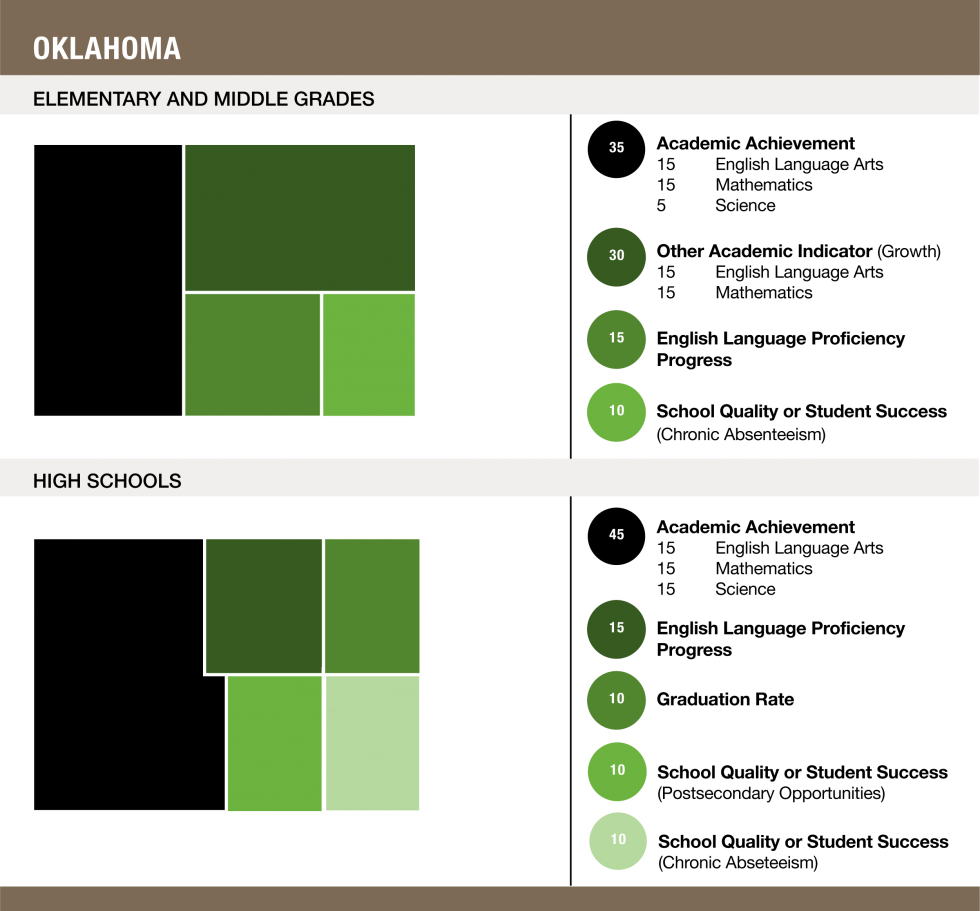 Oklahoma established the following identification and exit criteria, and interventions to support schools.