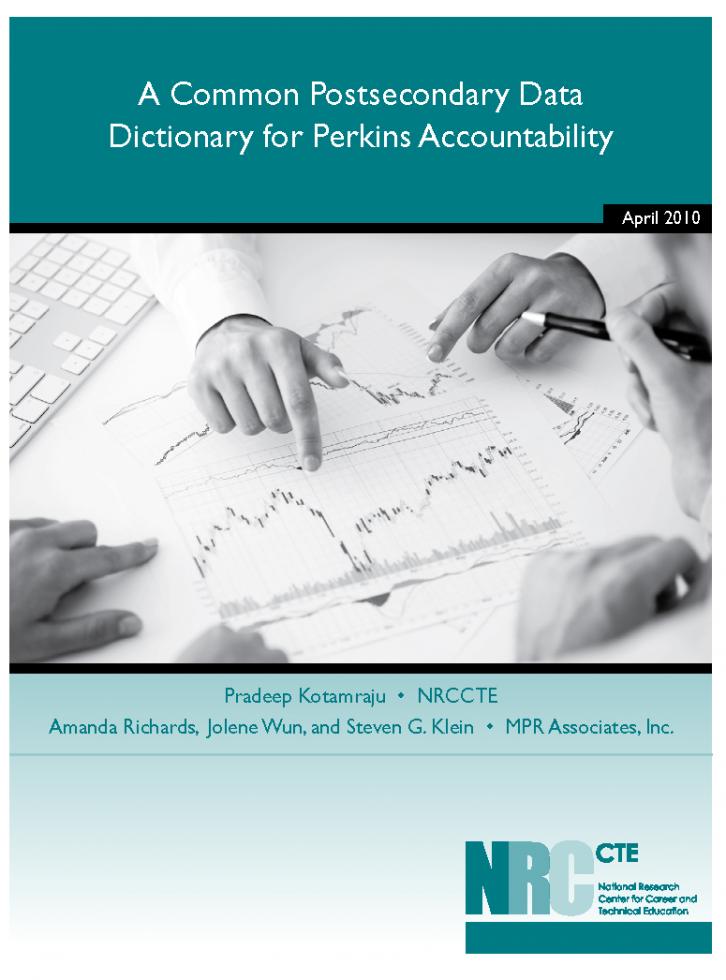 This project assesses the feasibility of creating a voluntary, nationwide data dictionary that can be used to standardize the reporting of postsecondary accountability reporting requirements for the Carl D. Perkins Career and Technical Education Act of 2006 (otherwise known as Perkins IV). Variables, field codes, and programming instructions, defined in collaboration with state postsecondary data analysts, offer a framework that states can use to crosswalk data from their existing information systems into a common database format. In this project, researchers from the NRCCTE and MPR Associates, Inc., worked together to meet two objectives: develop a common data dictionary, and perform a quality check on the data dictionary by asking states to populate it with actual data.

A critical finding of the project is that participating states were able to uniformly define many data elements that can be used to construct and report on postsecondary accountability measures required by the Perkins Act. States and the project team selected data elements with a view toward what information might be needed if and when the Perkins Act is reauthorized. The study acknowledges that there may be differences in how states collect data; however, a common data dictionary provides a standard goal to which all states can crosswalk their own data. Using a common data dictionary, and with sufficient support, many states should be able to generate relatively similar information for Perkins accountability purposes.