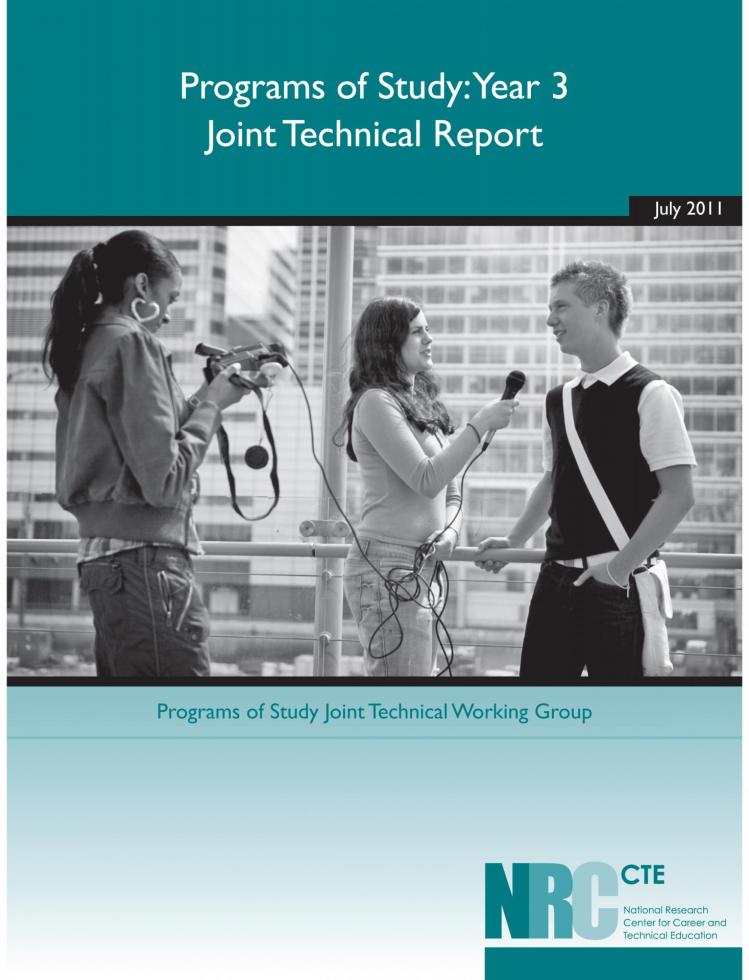 Programs of Study (POS) were the most significant new requirement in the 2006 reauthorization of the federal legislation for career and technical education (CTE). Consequently, the National Research Center for Career and Technical Education (NRCCTE) established as one of its priorities the development of information on the operation and effectiveness of POS. The NRCCTE is conducting four projects that examine POS from different perspectives. Three are longitudinal studies; due to the nature of their methodologies, they are at different stages of implementation. These three studies use some common data collection methods that allow for comparisons across studies and use others that are specific to their research questions. This document comprises the second joint report related to these three projects and presents their status as of July 31, 2010, the end of Year 3 of the current NRCCTE cooperative agreement with the U.S. Department of Education. The first joint report presented findings and observations derived from the first two years of these projects (Programs of Study Joint Technical Working Group, 2010). The fourth project described in this report was conducted entirely during NRCCTE Year 3. This project used case study methods to describe how six states were implementing POS during the first half of 2010, four years after POS had become part of the federal legislation for CTE. Before discussing the four projects, we provide some background on how POS came to be required by Perkins IV.