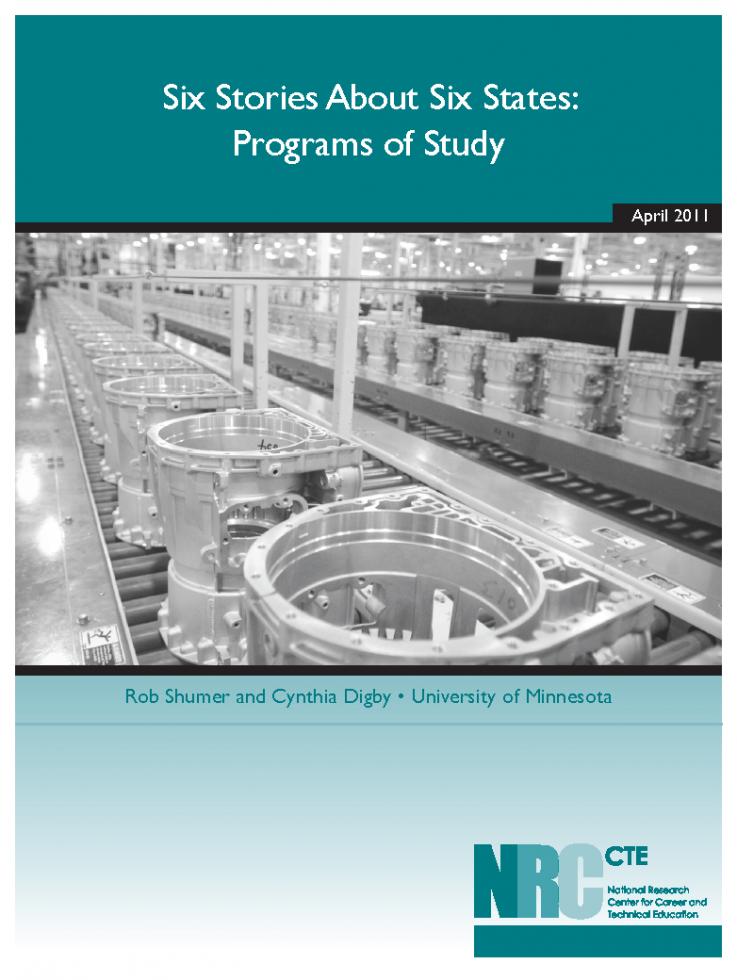 The purpose of this investigation is to tell the story of how six states are developing Programs of Study (POS) as mandated by the Perkins IV federal legislation. Our effort focuses on how states’ technical assistance systems evolved and what successes and challenges existed for states developing POS. There was no intent to compare one state with another; instead, we sought to identify those elements they have in common and those that are unique to each state. The report includes profiles of each state, which are located throughout the United States.

Data were collected from March 2010 to June 2010 during on-site meetings and through “participatory journal” entries responding to specific questions about POS development. Interviews and voice recordings were transcribed and all data were analyzed using Spradley’s Developmental Research Sequence (1980), through which major themes and cluster topics were identified across sites. State profiles were based on two sources of information: (1) site visits to school districts (rural and urban) where interviews, focus groups, and group meetings were conducted with middle school, high school, college and university instructors and administrators, and community members supporting POS efforts, and, (2) written reflections by individuals in the states who were intimately connected to POS development. The two researchers involved in the study individually compared and contrasted the themes developed and then as a team generated a set of common themes and challenges reported from the states.