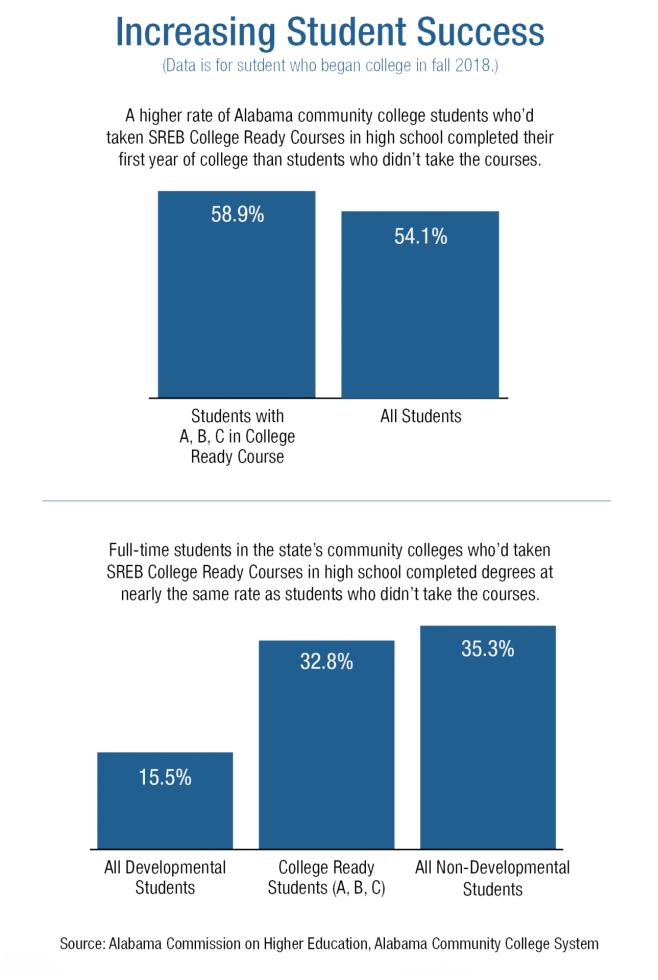 Many American workers find themselves in a continuous struggle to keep up with advances in automation and artificial intelligence that could potentially displace them from a growing list of occupations. Nearly every day articles and online videos highlight new technologies. We learn about machines being tested to deliver packages to homes autonomously. A robotic interviewer in Sweden now questions job applicants in an attempt to eliminate human bias from the hiring process. And researchers are working on an ocular implant for humans to record everything their eyes see during the day.

As companies continue to incorporate new technologies, making machine learning and robotics common in almost all workplaces, more and more working adults need to adapt to computerized work activities. Many need to move into new jobs raising their skill levels, or they will be out of a job altogether. According to SREB’s Unprepared and Unaware: Upskilling the Workforce for a Decade of Uncertainty, adults with the lowest levels of skills — typically those with a high school credential or less — are most vulnerable to these changes. 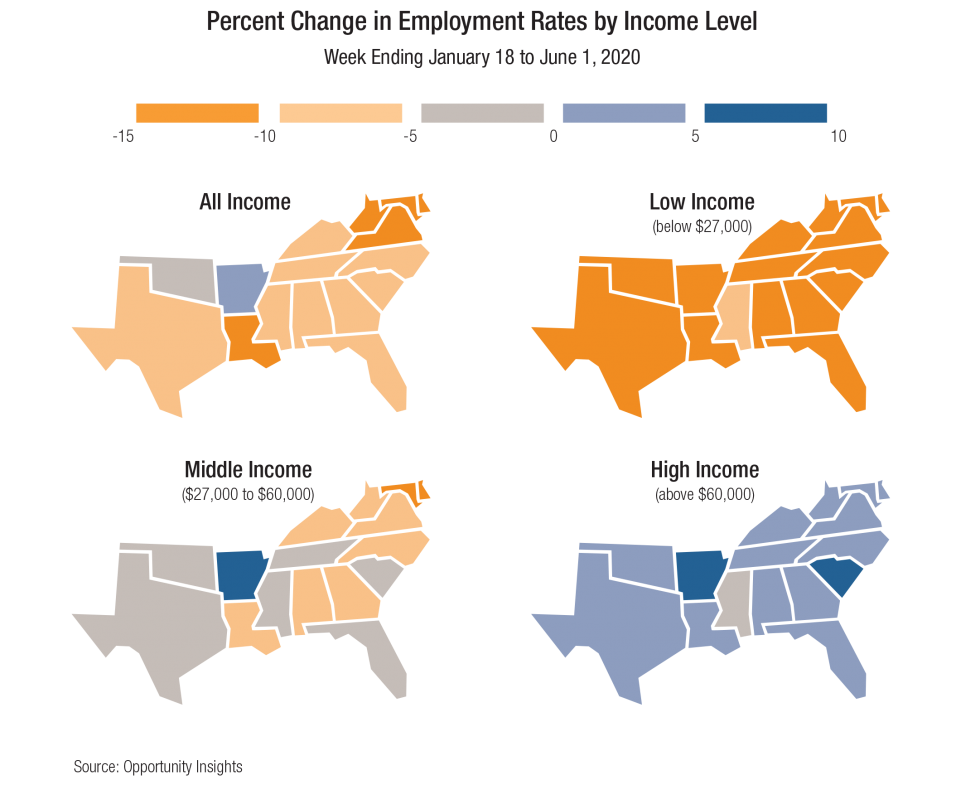 If states and industry leaders do not act quickly to prepare employees for these workplace transformations, 18 million or more adults will find themselves in low-paying positions or out of a job and increasingly reliant on public services. Businesses will struggle to fill middle- and high-skilled positions. Children — future workers — will face similar struggles and likely be unprepared for future positions, worsening these problems for states and businesses.

Low-skill positions in the workforce, especially those requiring repetitive manual labor, are being eliminated by automation. But many are also being transformed to middle-skill positions — those available to adults with more than a high school diploma but less than a 4-year degree. As these jobs change, the employees holding them will need to change, too, either by increasing their skill level or by moving to a new job altogether. This leaves many in education and industry asking not “Will there be enough jobs?” but “Will there be enough skilled workers to fill the jobs that are available?” And without significant investment from states and businesses, there will be even fewer skilled workers in the future.

Low-skilled workers are costly for states and businesses. They earn less and thus pay less in taxes. They are more likely to live in poverty and to depend on costly social welfare programs. Businesses have trouble filling important jobs and experience decreased productivity while they invest more to train employees.

States will need to help low-skilled adults earn diplomas and postsecondary degrees and certificates if they hope to supply the expanding middle-skill job market. And states will need to do so at a rate that keeps up with technological advancements.

The SREB region is additionally challenged to catch up with other states in the nation — states that already have more workers with higher skills and more businesses that rely on those skills to flourish. The region is already behind. States will need to make a large and concerted effort if they are to prepare the workforce for the uncertain future that technology is already delivering. SREB states’ efforts will need to be greater than the rest of the country if they hope to become competitive. And those efforts need to begin now. What could the future hold if they do not step up to these challenges? Let’s take a look.

In 2017, researchers at the McKinsey Global Institute analyzed more than 2,000 work activities across 800 occupations to determine what portion could be automated using currently demonstrated technologies. This technical automation potential will manifest differently across occupations and geographic areas over time, depending on five key factors: technical feasibility, the cost of automating, labor market dynamics, economic benefits, and regulatory and social acceptance. McKinsey researchers found that at least 30 percent of work activities in about 60 percent of occupations have the potential to be automated. Five percent of occupations were completely automatable. 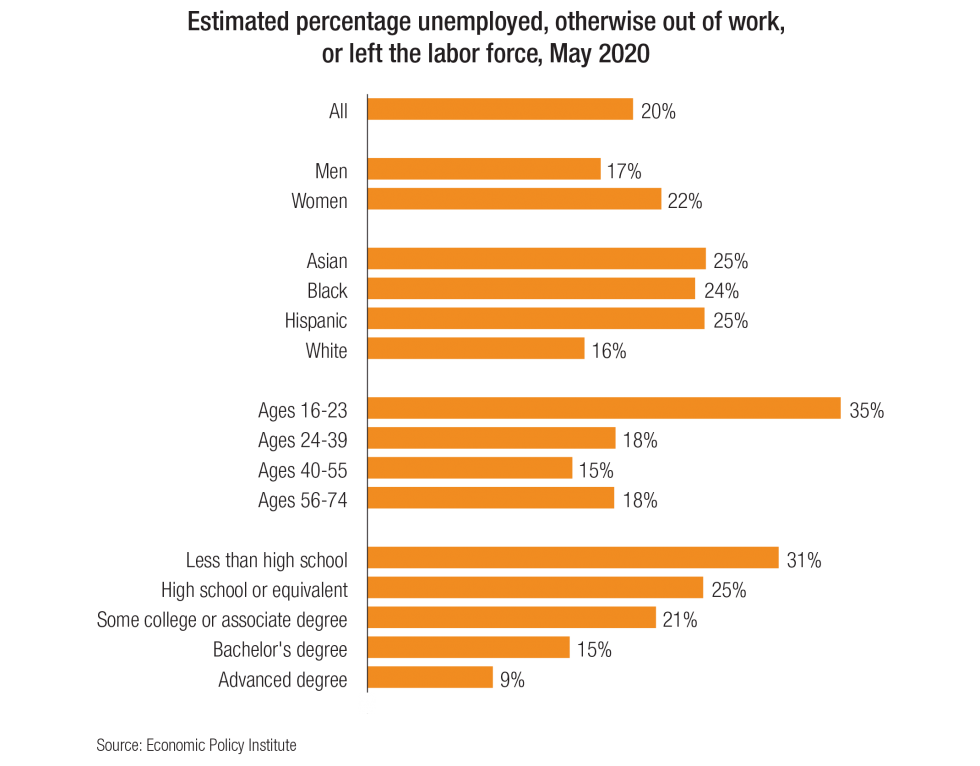 Jobs are much more likely to change than be eliminated. Each occupation consists of various work activities — some that can be automated with currently demonstrated technologies, and some that cannot. So, potential automation is reported as percentages of work activity, not numbers of jobs. Almost all employees will be increasingly likely to work alongside machines or to see their daily tasks change in some capacity as technology infiltrates the workplace. Most workers — at all skill levels — will be affected by these technological changes, but those with the lowest skill levels are more likely to be negatively affected. McKinsey estimates that across the United States, total automation potential of all work activities is 46 percent. In the SREB region, 44 percent of all work activities are potentially automatable. 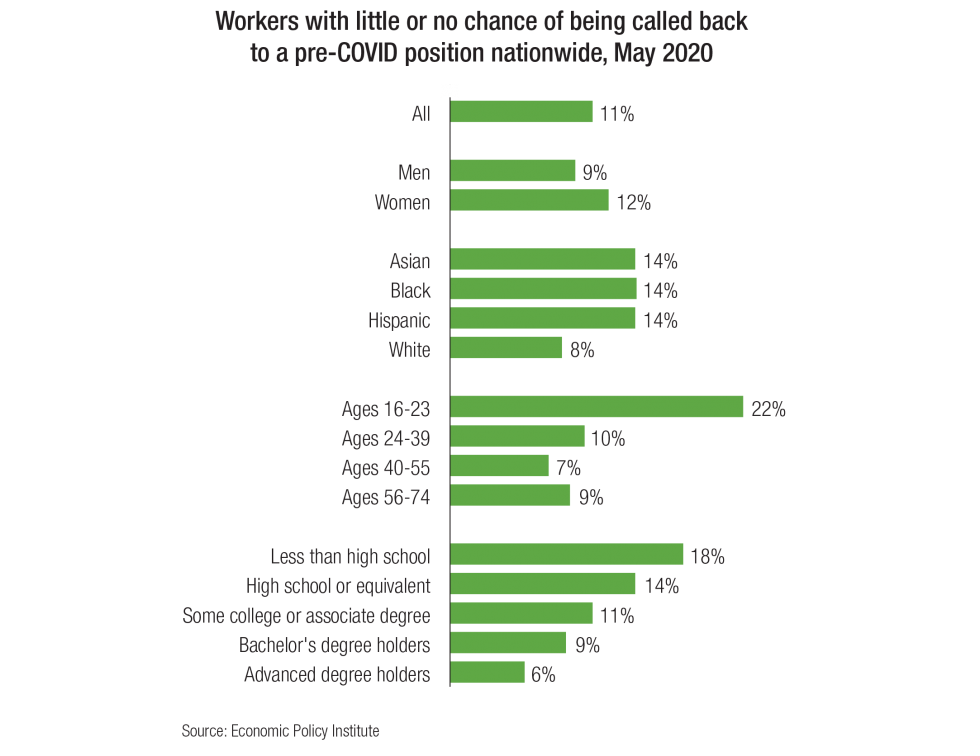 SREB analyzed the automation potential in the top 5 industry categories, defined as those industries that employ the most people in each state. Across the region, among the 22 categories identified by BLS, just eight account for the top 5 in every state. These eight are listed as top industry categories in the table below. It is notable that McKinsey found that four of the top five in the SREB region also rank highest for potential for automation, with more than 62 percent of work activities in each category potentially automatable.

Across the SREB region, 52 percent of all workers — nearly 26 million people — are in a top 5 industry category, ranging from under 47 to over 54 percent across states.

Top Industry Categories by Number of Employees in Each SREB State

Examples of jobs in each of these industry categories:

As Unprepared and Unaware points out, the workers most vulnerable to technological advancements are those who have a high school credential or less. As businesses automate various activities, fewer low-skilled workers will be necessary in the workplace. But industries that require more high-skilled workers already struggle to fill positions, and this trend is likely to increase over time.

Using national educational attainment averages and state occupational data from the Bureau of Labor Statistics, SREB estimated the number of workers with high school credentials or less in 2016 in each occupational category in each state. Of the 50.4 million people employed in the SREB region, 18.4 million — 37 percent — had a high school credential or less. These adults are the region’s vulnerable workers — those most likely to struggle to keep up with changes in the workforce and to need more education in the years ahead. And of all the vulnerable workers in the region, 59 percent were employed in a top 5 industry category.

The National Assessment of Education Progress and other similar assessment measures have shown that children’s educational attainment is correlated with that of their parents. NAEP asks students in the eighth and twelfth grades to report their parents’ educational attainment as they take the assessments; their results are reported by the percentage of students who score at each proficiency level and by parental education levels: “did not finish high school,” “graduated high school,” “some education after high school,” “graduated college” and “unknown.”

SREB studied National Center for Education Statistics enrollment data to analyze student advancement trends — based on the percentage of students who move from middle school into high school through graduation and on to college completion. This student progression has remained relatively consistent in recent years. Applying these trends, approximately one in three eighth graders enrolled in 2017 will complete college within six years of their class’s high school graduation date. The high school graduates are more likely to be those who scored at or above the Proficient level on NAEP. One in four will likely not complete any education beyond high school.

Across the SREB region, 41 percent of adults ages 18 to 64 had no education beyond high school in 2017. If student achievement trends continue, no more than one in four currently enrolled students will be educated beyond high school, and their children will likely face the same grim scenario as their parents — especially as automation continues to force low-skilled workers out of jobs. Many, like their parents and grandparents before them, will earn incomes below the poverty line and be reliant on state-funded social services. 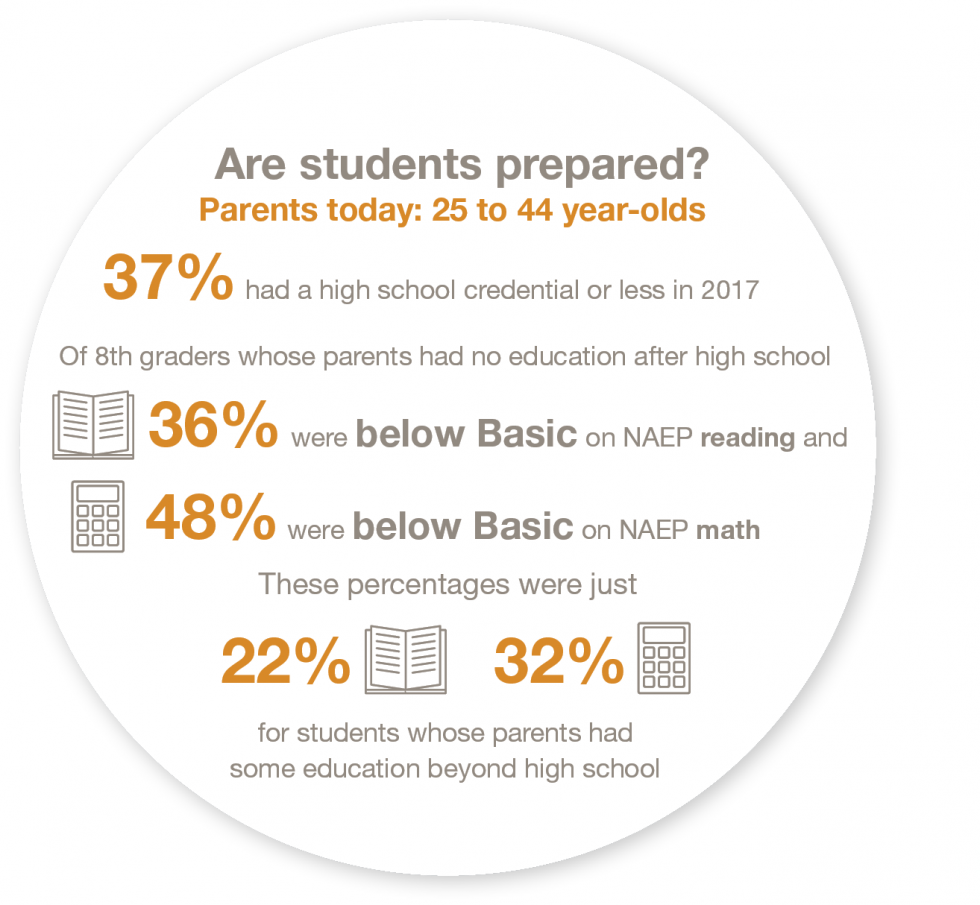 If state policymakers and business leaders don’t act quickly to raise the educational attainment levels of both parents and students in the region, the region is going to fall further behind the rest of the nation. Currently, low unemployment rates mean states have a smaller pool from which to hire workers, which masks — particularly in the South — the low-skill level of many workers and the need to retrain and educate them now. Many areas in the SREB region are still able to employ low-skilled workers, but in the future many of the jobs available to adults with lower educational attainment will go away. Today’s low-skilled employees will need additional training and education to keep up with future workforce changes. Unprepared and Unaware identifies these low-skilled adults as those most vulnerable in a recession or during automation-fueled workplace transitions. So, while many Southern workers may be employable now, they may not be so lucky in the future.

Considering the higher percentage of low-skilled workers in the South compared with elsewhere in the nation, SREB states already are less attractive than other states to employers looking to open businesses that traditionally require workers with higher levels of education. The SREB region is now more likely to attract businesses that do not need high-skilled workers. As these businesses automate work activities, they may lay off employees and increase the skill demands for new, higher-paying positions. They will likely look elsewhere for higher-skilled labor if it is not available.

To remain competitive with other states across the region and to ensure the livelihood of future generations, SREB states need to make a greater effort to increase the educational attainment of all residents and to attract businesses that demand higher skill levels. Not doing so will mean a further depressed economy — and worse prospects for all who live here.