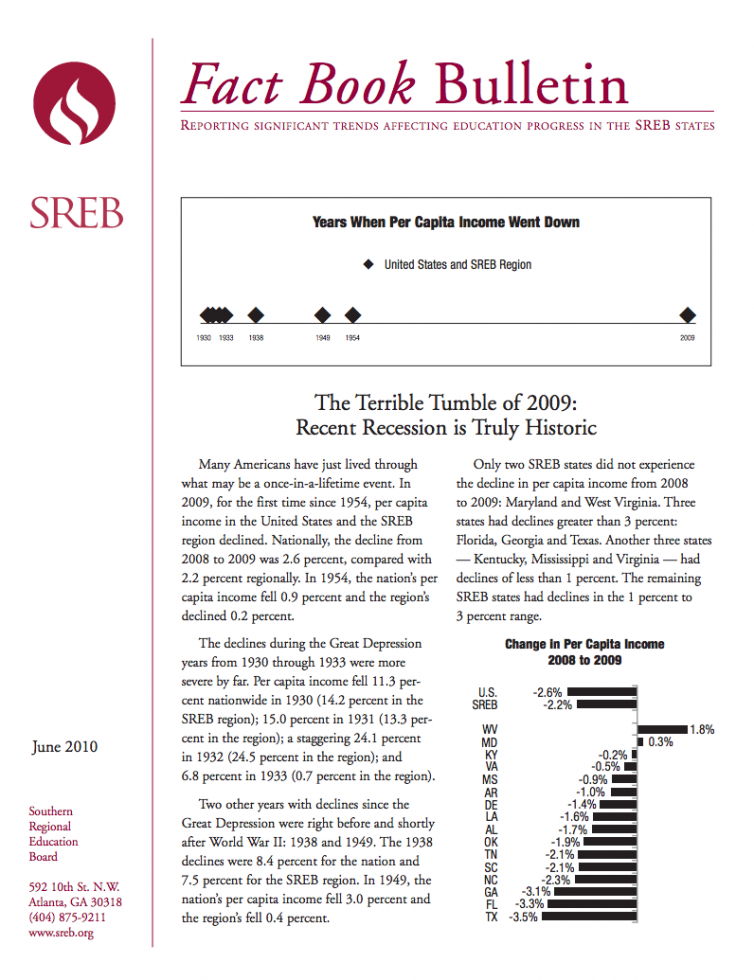 Many Americans have just lived through what may be a once-in-a-lifetime event. In 2009, for the first time since 1954, per capita income in the United States and the SREB region declined. Nationally, the decline from 2008 to 2009 was 2.6 percent, compared with 2.2 percent regionally. In 1954, the nation’s per capita income fell 0.9 percent and the region’s declined 0.2 percent.