Why supporting doctoral students of color is more important than ever

Twenty-five years ago, the South was graduating so few Ph.D. students of color that, in some fields, the annual number of graduates could fit into the same car.

Fortunately that has changed, but not enough to graduate all the scholars of color we need.

Since 1993, the Southern Regional Education Board’s State Doctoral Scholars Program has supported nearly 900 students who earned their doctorates at institutions across the South. A majority of our students have become college faculty members and researchers. Some have gone on to work for the government, private sector, and nonprofits. (You can explore the data on our website.)

Today, only about 6 percent of four-year college faculty in the U.S. are African American, only about 5 percent are Hispanic, and less than 1 percent are Native American.

Addressing the lack of minority doctoral students and faculty members has strengthened both our institutions and our states. Doctoral Scholars Program graduates have made good on their state’s or institution’s investment several times over. To start with, the economic impact of their research grants is considerable: participating states have seen an average return of about $250,000 per doctoral graduate in research revenue.

And when faculty members stay in their home state, as many do, the return on investment keeps multiplying: professors earn patents, pay considerable taxes, mentor students (increasing completion rates for minority students), and become leaders in their communities.

Increasing faculty diversity also increases graduation and retention rates. Research shows that when students have at least one teacher who shares their background, their chances for success soar.

How does our program work?

We help states and institutions identify promising doctoral candidates who are admitted to programs of study on their merits. Then, because they may be first-generation college graduates or the only person of color in their program, we provide our doctoral students with financial support, leadership opportunities, networking events, and intensive professional development to help them finish their degrees and consider a career in academia. 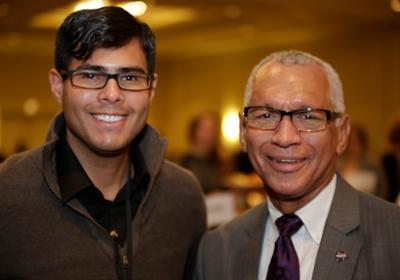 The results have exceeded our most ambitious hopes. Our program’s graduation/retention rate of roughly 90 percent far exceeds that of most other graduate student groups and of doctoral students overall.

More than 1,560 Scholars have participated in our program, with about 400 currently in school. Our graduates (more than 900) now work in 43 states and counting, more than 70 percent of them in higher education.

Two factors are working against us. First, hundreds of African-American scholars who were among the nation’s first to teach in non-minority serving institutions are retiring each year. Second, undergraduate populations are growing both larger and more diverse, heightening the demand for more faculty.

Today, only about 6 percent of four-year college faculty in the U.S. are African American, only about 5 percent are Hispanic, and less than 1 percent are Native American. (Data from NCES.)

Compare those rates to the kaleidoscope of today’s college students and those who’ll enter college in the coming years. About 15 percent of today’s full-time college students at four-year institutions are black and 17 percent are Hispanic, both dramatic increases over the past 15 years. And for the first time, white students in America’s K-12 public schools are not a true majority.

Doctoral Scholars Program graduates have made good on their state’s or institution’s investment several times over.

Each fall, we gather graduates and current scholars from a handful of institutional, state, federal and philanthropic programs for a national conference. They connect with scholars of similar backgrounds in their own fields of study; hear from national experts on higher education and diversity in teaching; and attend workshops on proven teaching strategies, earning tenure, getting published, mentoring and much more.

We began this annual summit in a small college classroom. Today, the Institute on Teaching and Mentoring draws more than 1,000 attendees. You can measure our progress by looking across the huge ballroom it takes to host us.

While that progress has been gratifying, we need many more minority faculty members. Yet in recent years states have been prone to cut support for such programs, despite their stellar track record.

An investment in human capital can’t be matched or replaced. The question isn’t whether we can afford it, but what we’ll do without it. 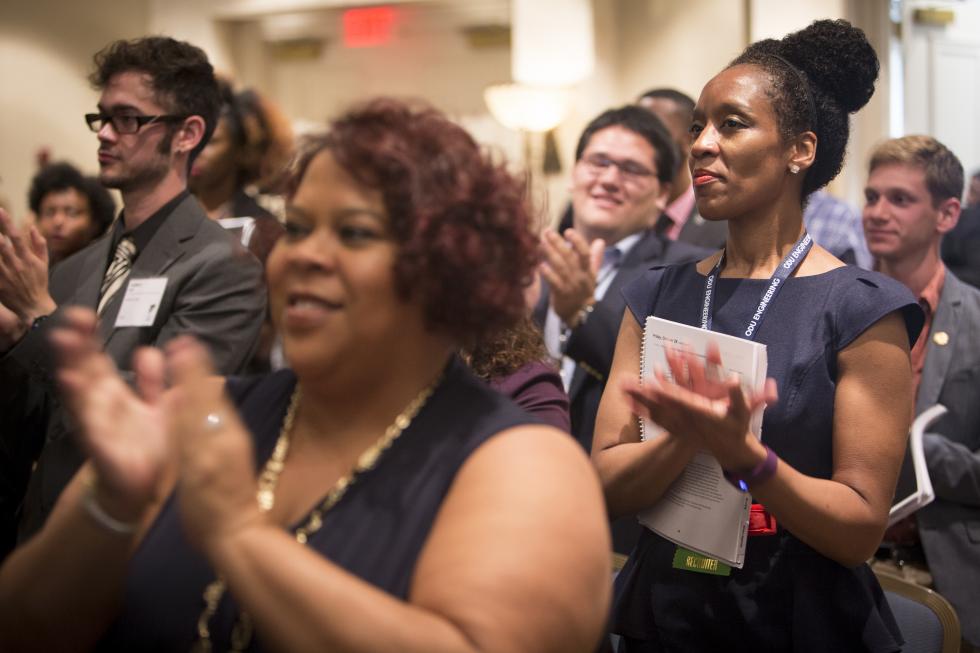 It’s All About Community An interview with Ansley Abraham

What’s the best advice to propel a doctoral candidate toward a successful completion of their Ph.D. goal? According to Dr. Ansley Abraham, director of the SREB-State Doctoral Scholars Program, it boils down to connecting with “people who are vested in your success.”

Dr. Abraham has been doling out that advice to doctoral students for over 25 years. In the article below, originally published on the blog – Grad | Logic: Navigating the Ups and Downs of Graduate School, Dr. Abraham shared some of his wisdom in an interview with Dr. Chris Golde.