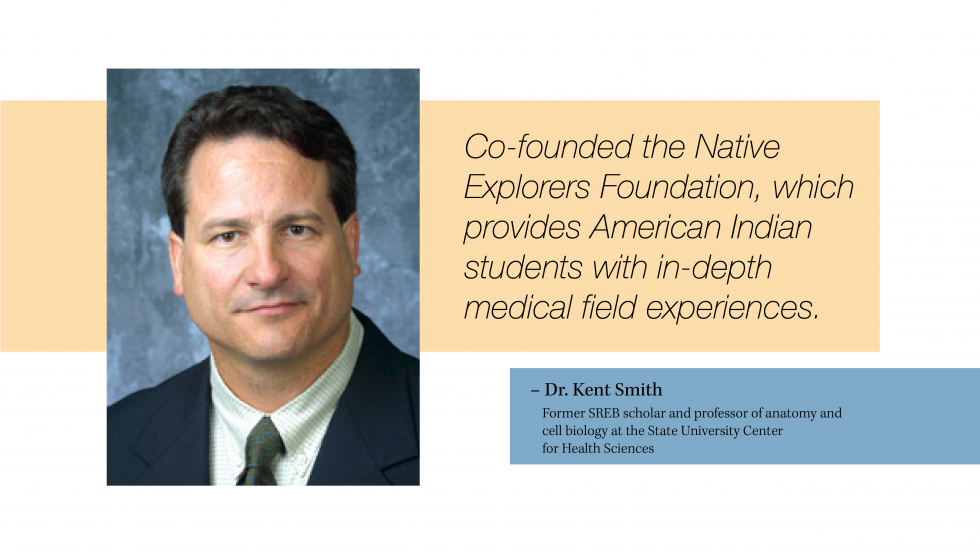 As if the percentages of African-American or Hispanic faculty aren’t stark enough, consider the shortage of Native American scholars: a miniscule 0.01 percent of postdoctoral faculty and scholars nationally. 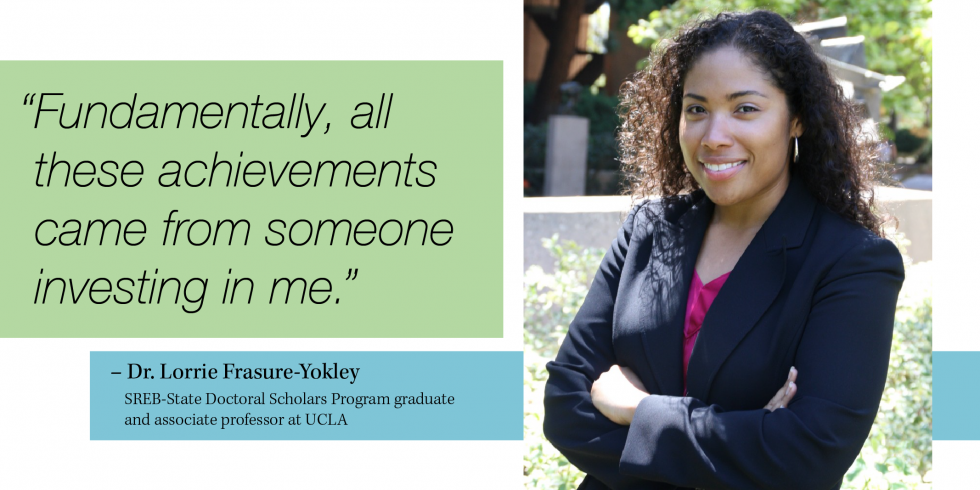 For Dr. Lorrie Frasure-Yokley, a graduate from the University of Maryland, College Park, the SREB program “paid for my tuition and fees, allowing me the freedom to join several research projects” rather than to work as a teaching assistant. She is the first woman of color to attain a tenure-track position and to earn tenure in the Department of Political Science at the University of California, Los Angeles. 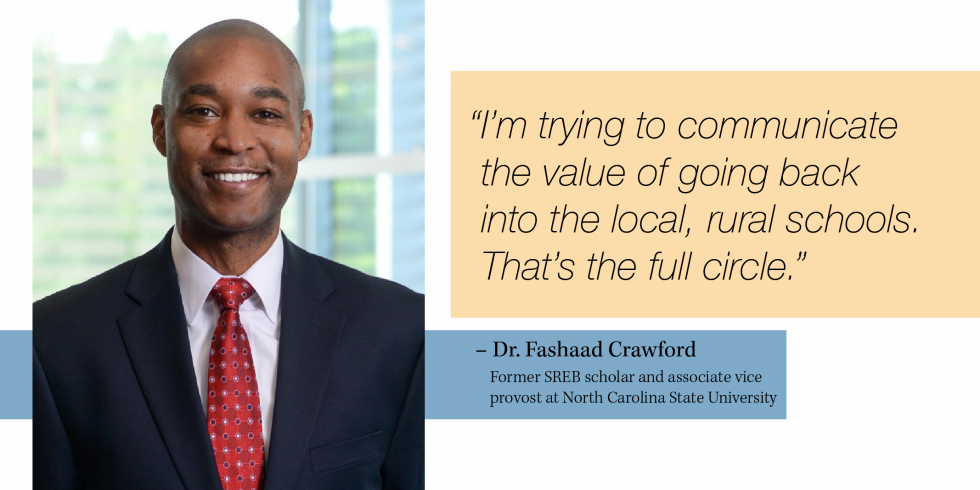 Former SREB scholar Dr. Fashaad Crawford is the associate vice provost for assessment and accreditation at North Carolina State University in Raleigh. Crawford aids in the planning process for new academic programming and oversees the university’s regional accreditation and assessment of student learning processes. Throughout his career, he has worked to promote greater access and retention for faculty and students from underrepresented origins. 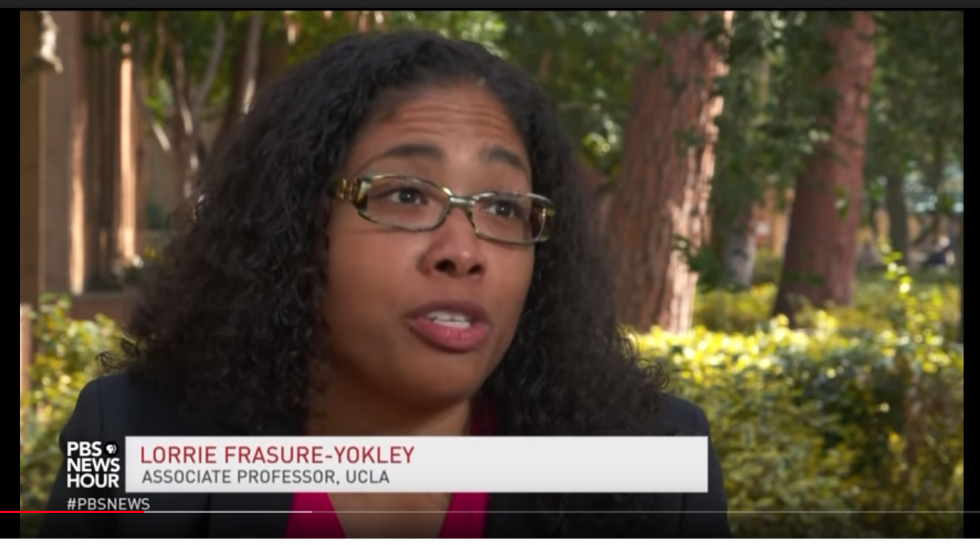 Congratulations to SREB-State Doctoral Scholars Program graduate Dr. Lorrie Frasure-Yokley, an associate professor of political science at the University of California, Los Angeles. Her work as a faculty mentor was highlighted in a PBS NewsHour special series. The interview with Dr. Frasure-Yokley appears in the weekly Making the Grade series segment. ”How faculty mentors can help first-generation students succeed.”

Gabriela Sosa, Ph.D. candidate, will publish her research article, “An Emerging and Diverse Workforce To Reclaim Abandoned Mind Lands,” in the Harvard Journal of Hispanic Policy.

Dr. Karin Block is a tenured associate professor at the City University of New York.

Edward A. Brown accepted a full-time position with Potomac State College in West Virginia as an activities program manager with the student life division. 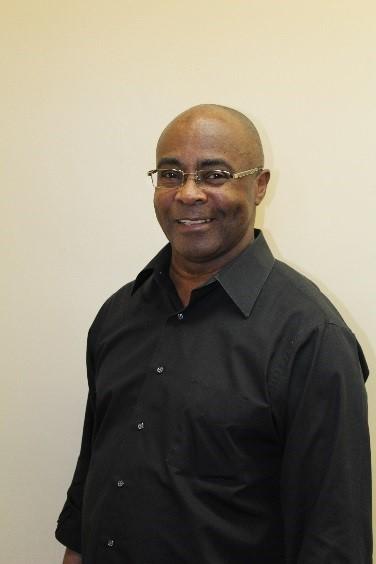 Dr. Brown plans and implements social and educational activities students and creates opportunities for student involvement at the college. He also oversees Student Union operations, works with student organizations and serves as advisor to the Student Government Association. 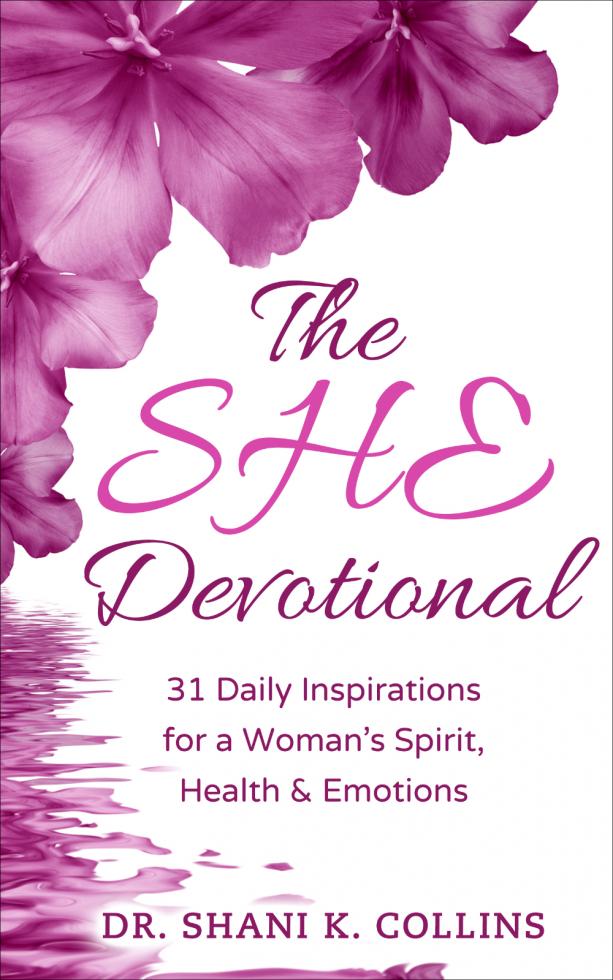 Dr. Kimberly S. Adams lectured at the University of Rijeka in Croatia on U.S. politics. Her series of lectures included: “People, Passion and Pursuit: Making Sense of America’s 2016 Presidential Campaigns” and “1965 Voting Rights Act, the Changing American Electorate for Women and Racial Minorities, and Immigration.”

Dr. Karin Block was promoted to associate professor with tenure in the earth and atmospheric sciences department at the City College of New York.

Dr. Samuel L. Brown was appointed as director of Wichita State University’s Hugo Wall School of Public Affairs. In this role, Brown will oversee the master of public administration degree program and the department’s applied research and community service centers. See more about the transition here.

Nick Castro, Ph.D. Candidate, was invited to be a guest seminar speaker at the Georgia Institute of Technology and Brigham Young University to discuss his current mathematics research.

He has also been invited to participate in a mentoring panel for the Underrepresented Students in Topology group and Algebra Research Symposium, and to present research at the American Mathematical Society Spring Southeast Sectional Meeting.

Dr. Rubin L. Cockrell was featured in Black Enterprise magazine in April 2016 for developing a company that provides education options to prisoners, with the goal of lowering recidivism. See the article here.

Dr. Shani Collins published a new book: The SHE Devotional: 31 Daily Inspirations for a Woman’s Spirit, Health and Emotions.

Dr. Lorrie Frasure-Yokley released a new book, Racial and Ethnic Politics in American Suburbs. She has also been promoted to associate professor with tenure in the department of political science at UCLA. She is also the first black woman to earn tenure in her department.

Dr. Jessica Gadsden-Gray was featured in the Michigan Association for Computer Users in Learning for her work, which examines the impact of utilizing modern technology to facilitate the learning of special needs students. Dr. Gadsden-Gray points to her own experience with her daughter Andrea who has cerebral palsy.

Dr. Kinnis Gosha is director of the renowned and acknowledged Culturally Relevant Computing Lab at Morehouse College. The lab helps identify and develop undergraduate students into STEM Innovators. Twelve students from the lab have pursued Ph.Ds. in the last three years.  More information about the lab here.

Gosha also took the time to discuss with Morehouse News how the college has helped to produce 13 percent of the country’s black male computer science Ph.D. students. Click here to read the interview.

Dr. Rosianna Gray became the new director of community education for the Center of Community-Based Partnerships at The University of Alabama.

Dr. Stephanie Jones was featured in the cover story of the University of Georgia’s Graduate School magazinefor her research work with Boggs Academy, a historic boarding school for black students in rural Georgia. Click here to hear how an accidental email jump started the project.

Jamila Kareem, Ph.D. Candidate, received a competitive national award from the Conference on College Composition and Communication (CCCC) for a presentation she gave at the 2016 CCCC.

Dr. Tiffany Katz was honored by the Pittsburgh Magazine as one of Pittsburgh’s residents under the age of 40 who is making a difference in the Pittsburgh community. Click here to hear about her journey to the Ph.D. and the moment that changed her life.

Dr. Melvin Lewis was selected for the Sara Bell Penrod “Penny” Allen Award at the University of Alabama. This award is given to a student and one faculty or staff member who has made significant contributions to student life at the university. The award comes with a $1,000 prize and invitation to a reception in the recipient’s honor.

Dr. Rochelle Parks-Yancy published her second book, Are you Making the Right Impression: Preparing NOW for Your Real Life after College. The book was co-authored with Dr. Delonia Cooley.

Dr. Roslyn Satchel, is publishing her first monograph, Movie Racialization in the Most Influential Films of All Time.

Dr. Annice Yarber-Allen was appointed head of the department of sociology, anthropology and geography at Auburn University at Montgomery in 2016.