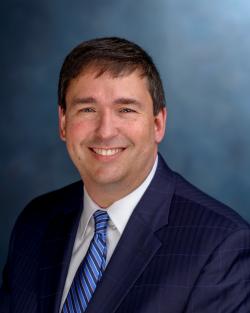 Stephen Pruitt took office as the sixth president of the Southern Regional Education Board in July 2018.

He started his education career as a high school chemistry teacher in Fayette County, Georgia. During his career, Pruitt has amassed education policy, assessment and instructional background at the local, state and national levels.

Before coming to SREB, Pruitt was Kentucky’s state commissioner of education. At the national level, he had worked closely with state agencies and educators around the country to improve policy and practice in science education. In Georgia, Pruitt served as science and mathematics program manager, director of academic standards, associate state superintendent for assessment and accountability and chief of staff for the Georgia Department of Education.